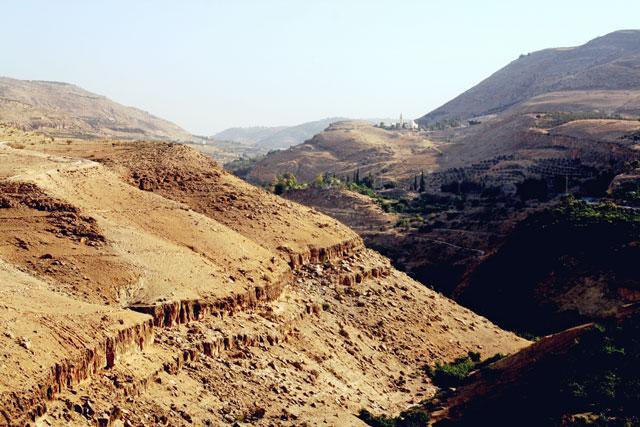 AMMAN — The Jordan Valley and the Transjordanian Highlands are two distinctive regions, however material culture found in the two areas point to a close cultural connection, according to a German archaeologist.

The Jordan Valley and the Transjordanian Highlands are connected by a number of wadis and Wadi Shuaib, located few a kilometres southwest of Amman, contains evidence of a route that has been used for by people for thousands of years.

“It is clear from the sites prospected in the wadi that Wadi Shuaib has served as a route connecting the Jordan Valley and the region around Salt on the plateau since as early as the Neolithic period,” Ahrens said.

A survey has found a previously unknown site dating to the Pre-Pottery Neolithic A period (over 10,000 years ago), in the central region of Wadi Shuaib, which serves as a connection between the Jordan Valley and the famous “Wadi Shuaib Neolithic Site” south of Salt in terms of material culture, he elaborated.

Ahrens added that this holds true for later periods as well. For example, during the Iron Age and the Roman-Byzantine periods, smaller settlements in the wadi served as fortified strongholds, channelling goods and people from the Jordan Valley to the highlands.

“During the last campaign that took place in the autumn of 2018, the excavations at Tell Bleibil discovered a large wall made of stone, which may be part of the foundations of the settlement´s city wall during the Iron Age, but this is not yet certain. The wall dates to the Iron Age, according to the pottery retrieved from the trenches,” the scholar said.

More recently, from the Ottoman period, the area was heavily used for agriculture, Ahrens continued, stressing that in the southern part of the wadi, several military garrisons existed, which were used by Ottoman troops stationed in Salt.

“In Ottoman times, the wadi also served as the main route for pilgrims coming from, and to the highlands towards Jerusalem. In the last campaign in 2018, we also found a single lead ball once belonging to a British shrapnel shell that was used during the heavy fights between British and Turkish-German forces that took place... in the southern Jordan Valley and Wadi Shuaib,” Ahrens highlighted.