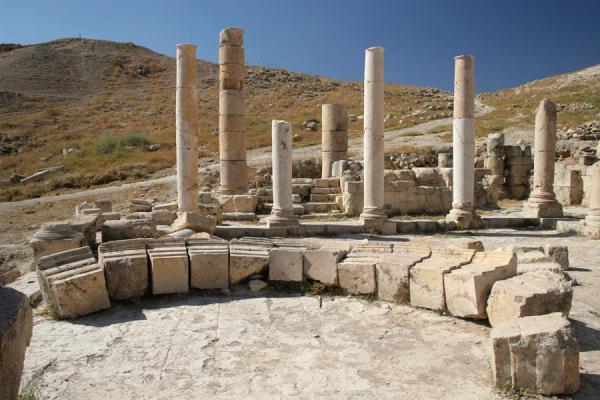 Perhaps there is no other site in Jordan with the same span of history as Pella. Located at sea level about five kilometers from the Jordan Valley, the ruins of Pella portray a dramatic sweep of history, from the Bronze and Iron Ages through to the Umayyads and Mamluks.

Evidence has been unearthed which indicates that while Pella has clearly been inhabited for at least the last 6000 years, the remains of a nearby Paleolithic community have been found which date back about 20,000 years. Not only is the sweep of history breathtaking, on a clear day it is possible to see all the way to Jerusalem and the hills of Haifa from some parts of the site. 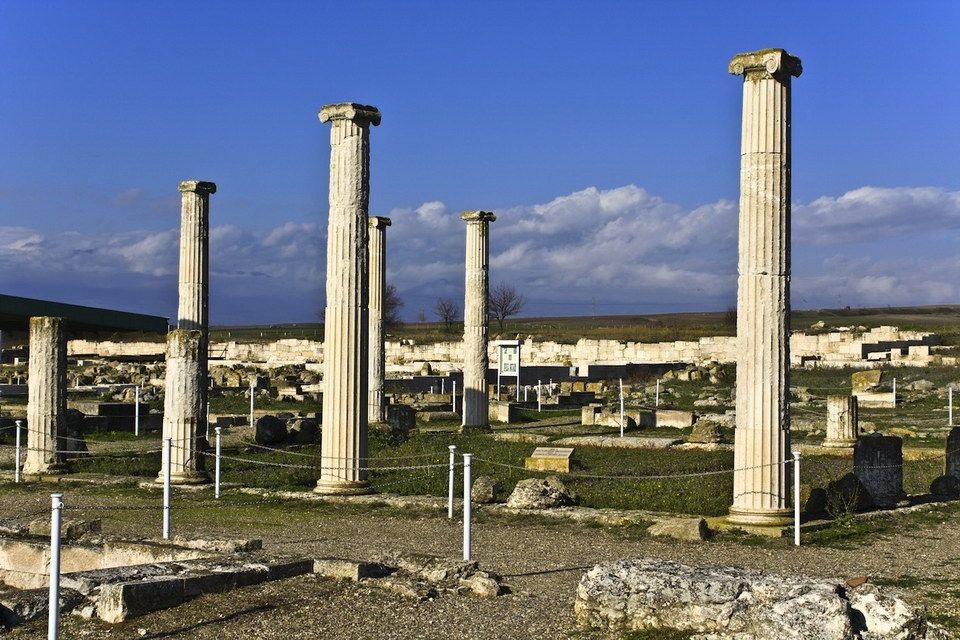 A Natufian site has been found just a few kilometers from Pella, at Wadi al-Hammeh, which dates back to the Stone Age. There are the remains of mud brick houses, many of which were surrounded by fortified walls. Weapons and implements have been excavated, suggesting that ancient man was already hunting the wild boar and gazelles that roamed over this fertile plain.

Pella reached a previously unmatched level of prosperity in about the 2nd century Be. One story, though unlikely, states that Alexander the Great laid the city s foundations when he marched through en route to Egypt; the name Pella is that of Alexander s birthplace. Coins from Pella and other eastern cities have been unearthed, indicating that trade here was brisk, and two Hellenistic castles on the outskirts of the site emphasize the importance, both commercial and strategic, of the town.

Pella quickly became one of the cities of the Decapolis, the collection of Roman trade towns connected by paved roads which included Philadelphia (Amman), Gadara (Umm Qais), and Gerasa (Jerash). This confederation of towns lasted until the Abbasids moved the center of the Muslim world to Baghdad.

The economy picked up in Pella again during the Byzantine era and by the end of the 5th century AD Pella s population stood at about 25,000 people. Muslim armies defeated the Byzantine at the battle of Yarmouk in 636 AD, and Pella s name was changed to Fahl. Fahl prospered under the Ummayad rule, although the trade routes changed and the town became more agriculturally dependent.

In 747 AD, the city suffered an earthquake and many of the buildings crashed to the ground. Fahl never truly recovered, although the city remained inhabited, and went under Mamluk rule in the 13th and 14th centuries. Once the Mamluks left, however, the city was deserted. 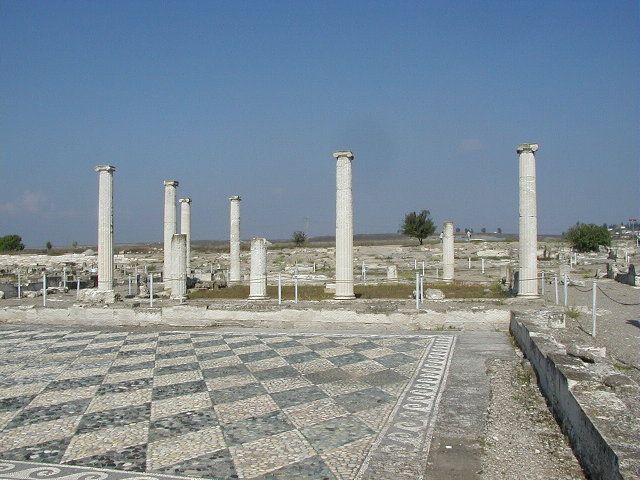 Much of Pella is still in the process of being excavated. Based on designs of some coins struck at Pella, there may be some beautiful buildings still to be discovered, as well as more mosaics. While many civilizations have flourished, it is instructive to note how little bloodshed there was over the years. Maybe the peace and serenity evident at the site now is a part of its inherent character. Whatever the reason, Pella is a wonderful place to explore and reflect.