During biblical times, Karak, known then as Kir, Kir Moab and Kir Heres, was the capital of Moab. The city can be found on the famous mosaic map in Madaba. Later used by the Greeks and Romans, its name was changed to Characmoba. 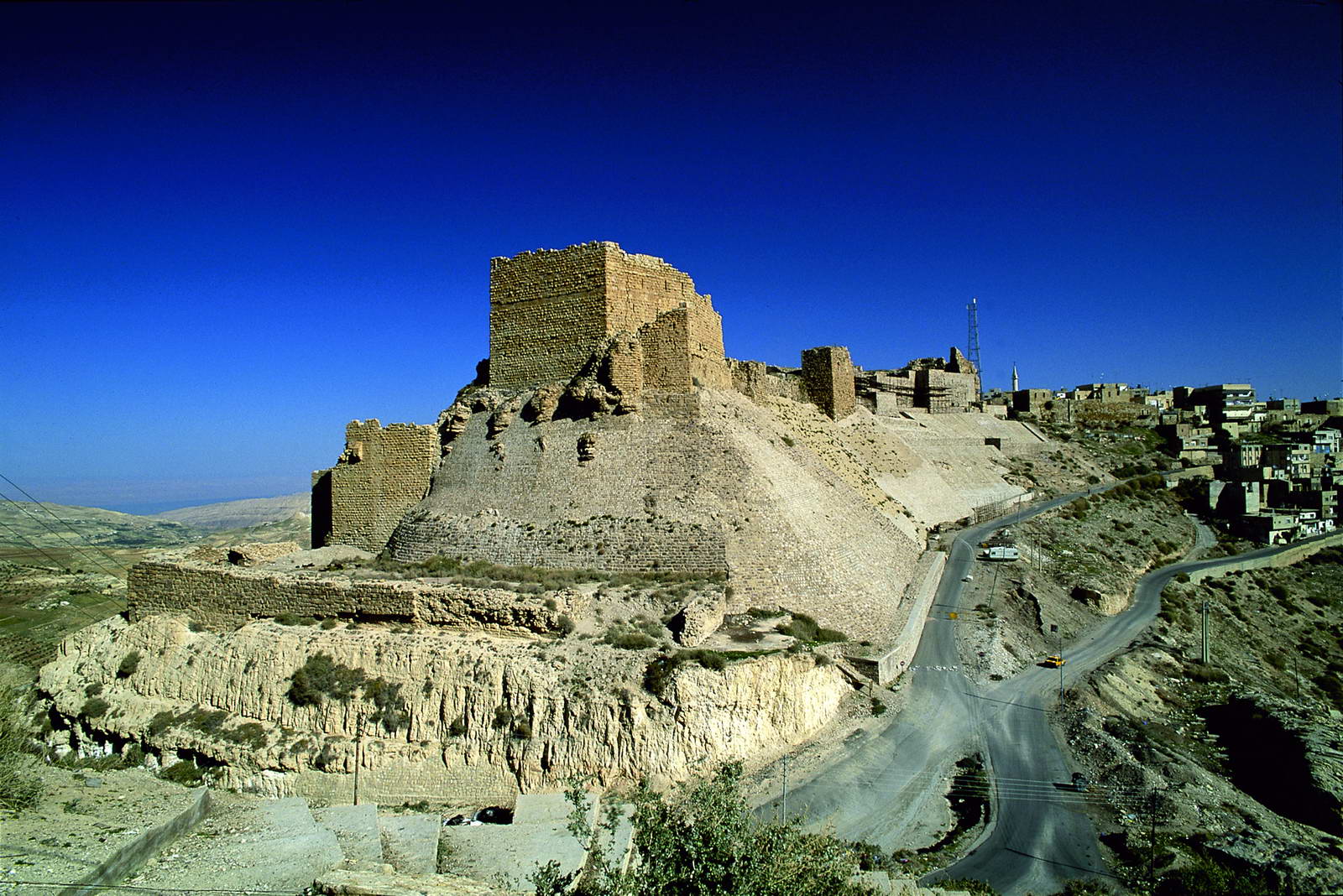 In the twelfth century, the Crusader King Baldwin I of Jerusalem commissioned Payen the Cupbearer to build the fortress of Karak. It became the capital of the Crusader Oultrejouirdain district, and became rich levying taxes on traders, travelers and agricultural produce. Karak is halfway between Shobak and Jerusalem, and its success helped Jerusalem prosper.

The castle was passed down through the de Milly family, but Baldwin III died when the leper Baldwin IV, his heir, was thirteen. A regent was appointed for him, but he died himself shortly after that, leaving only Lady Stephanie to inherit. While she was one of the richest widows in the Middle East, she found it expedient to marry Renauld de Chatillon, who became infamous for throwing prisoners from the castle's battlements into the valley, a distance of 450 meters, wearing a box on their heads so that they would remain conscious until the end.

Saladin, the Ayyubid Dynasty Sultan, was born c. 1138 in Tikrit, Iraq. He became Sultan in 1174 after the death of Nur ad-Din. After taking Syria, Saladin began to work towards his goal of re-taking Palestine from the occupying Crusader forces. Saladin hated de Chatillon, partially for his cruelty, partially because he disrupted supply lines for the Islamic armies, and partially because he once came within one days' march of Mecca and Medina, opening threatening to attack the holy cities. To Saladin, who was known as a cultured, honorable soldier and leader, this behavior was inexcusable. 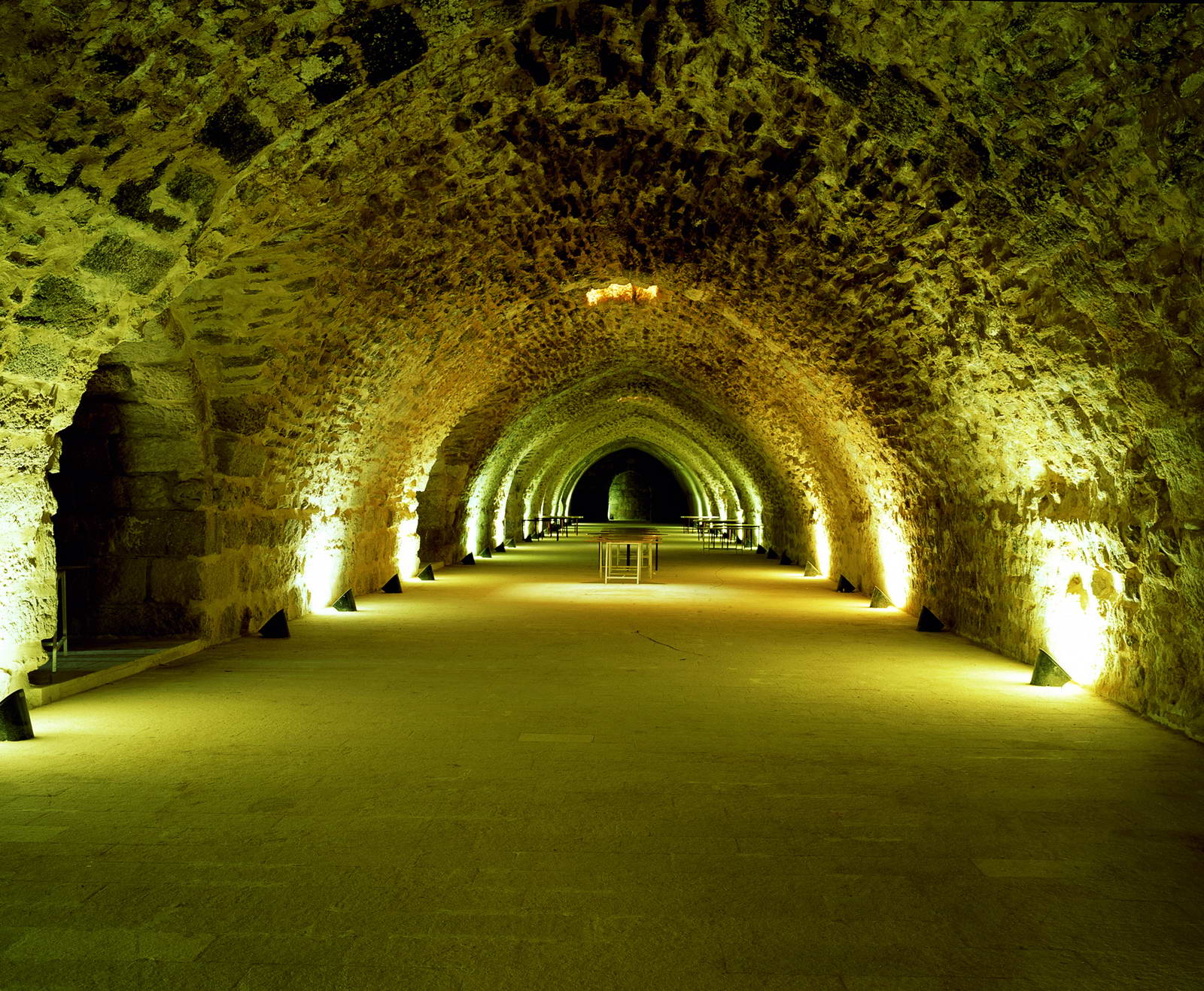 After de Chatillon broke numerous truces with Saladin, he was eventually caught and executed in 1189. Losing the castle broke the Crusader chain of beacon fires and began their downward spiral in the region.

In the late 13th century, the Mamluk Sultan Beibars renovated the castle, deepened the moat and built the lower courtyard. Beibars was originally a slave, and was so ugly that he was returned to the market because of his looks. Although damaged by an earthquake in 1293, the Ottomans also used the castle, after local fighting in the 1880s forced the Christian inhabitants of Karak to flee to Madaba and Ma'an. Peace was restored only after a significant number of troops were stationed in the town. 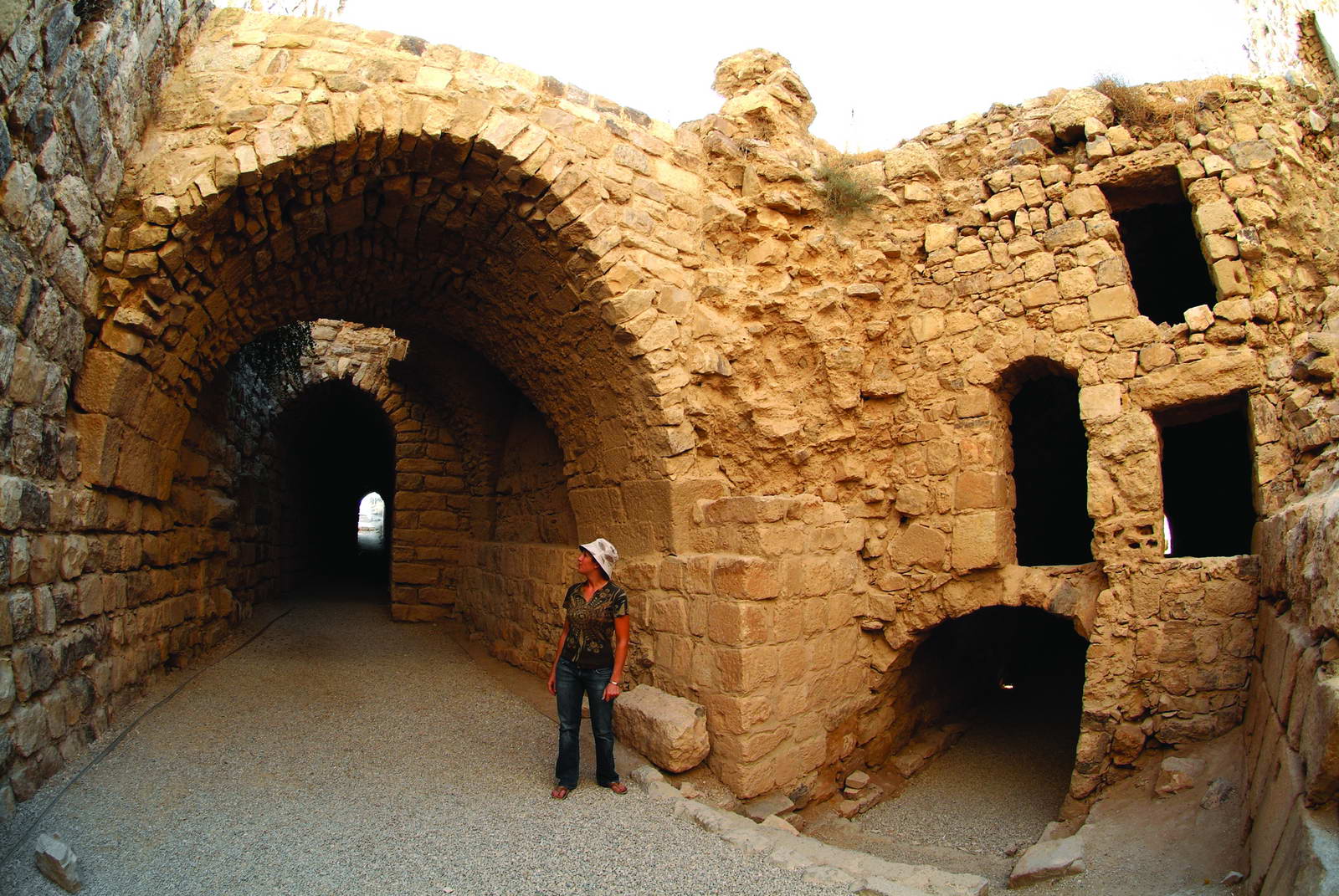 Crossing over the wooden bridge over the dry moat, visitors enter through the Ottoman's Gate. To the left is the Crusader's Gallery, or the stables, at the end of which is a headless stone carving. Some claim it is Saladin, but as it dates from the 2nd century AD, it is likely a Nabatean carving. To the right are passages containing the kitchens and dining areas, as well as barracks. Coming out into the light, the favorite, dizzying drop of de Chatillon is on the left. Ahead is another set of passages, containing amosque, a church, a prison and a marketplace. In the distance, Umm al-Thallaga "the Mother of Snows" is visible the mountain that was the biggest defensive threat tc Karak. Here, at the Mamluk keep built in 1260, the defense: were strongest. Down below is the Mamluk courtyard anc towers overlooking Wadi Karak, possibly down to the site: of Sodom and Gomorrah. While the castle is being restored, and much of it is open to visitors, there are still some passages that are off-limits It is tempting to imagine what treasures lie within. With any luck, Karak will give up more secrets to us in the near future.