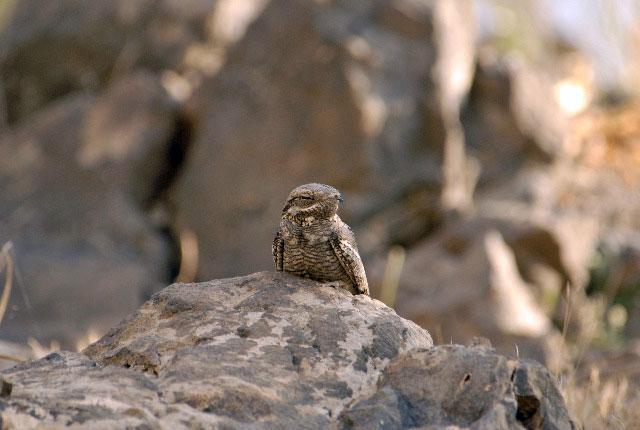 AMMAN — A Nubian Nightjar bird was spotted late last month nesting for the first time in Fifa Nature Reserve (FNR), the Royal Society for the Conservation of Nature (RSCN) said on Wednesday.

The bird is considered critically endangered in Jordan and Palestine due to habitat destruction, but on June 28, a female Nubian Nightjar was found nesting with its two chicks in the FNR for the first time, according to an RSCN statement.

FNR Manager Ibrahim Mahasnah said that studies have been conducted on the bird since 2014 and a number of cameras have been installed to locate, observe and document their nests.

The Nubian Nightjar is a nocturnal species known for its large eyes and big beak, which help it hunt at night, he added.

The bird’s habitat range used to include the Dead Sea, Aqaba, Fidan Valley and Tassan, but as a result of habitat destruction, the Jordan Valley and now the FNR have become bird’s sole home. There were 52 sightings of male birds in the two regions in 2014, the statement added.