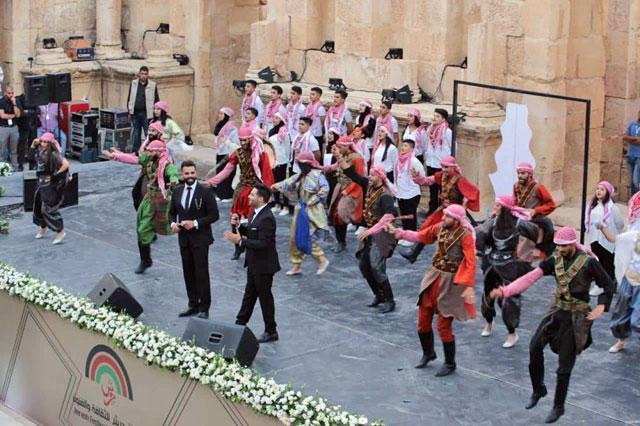 AMMAN — Deputising for His Majesty King Abdullah, Prime Minister Omar Razzaz on Thursday inaugurated the 34th Jerash Festival for Culture and Arts, according to the Jordan News Agency, Petra.

The festival features music and dance performances by artists from Jordan, the Arab region and beyond.

At the inauguration ceremony, Minister of Culture and Youth Mohammad Abu Rumman said that the Jerash Festival has become one of Jordan’s cultural trademarks, noting that the annual event is one of the most distinguished, regionally and globally, in the fields of arts and culture.

The festival’s national higher committee was keen on ensuring that this year’s festival would feature an array of activities, which reflect the broad spectrum of Jordanian culture, Abu Rumman said.

Jerash Mayor Ali Qoqazeh said that this year’s festival delivers a “national message” that assures the continuation of Jordan’s approach, which values creativity and arts.