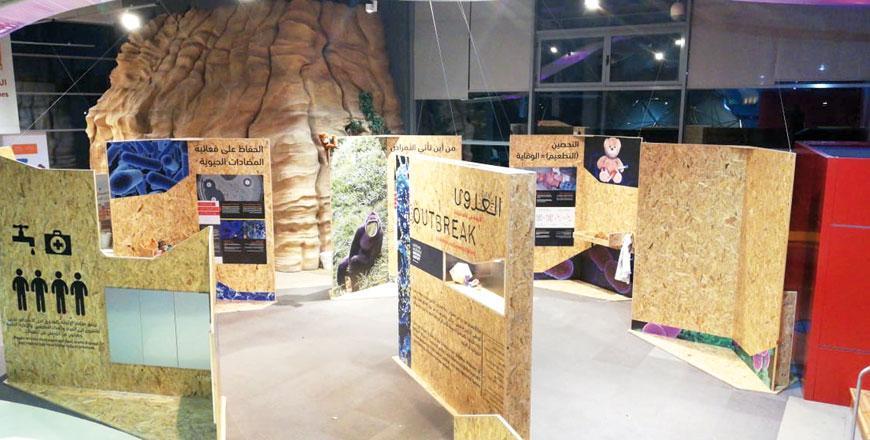 AMMAN — The Children’s Museum Jordan on Monday launched a special temporary exhibit titled, “Outbreak: Epidemics in a Connected World”, which will run until the end of the year, according to a statement sent to The Jordan Times.

The exhibit, launched to mark World Health Day, was originally created by the Smithsonian’s National Museum of Natural History in Washington, DC, and is part of an effort between the Smithsonian’s museum of natural history and global partners to raise awareness of the human, animal and environmental factors contributing to infectious disease epidemics

The main message of the exhibit, according to the statement, is the importance of interdisciplinary responses to stop disease outbreaks and the impact those outbreaks have on communities.

The Children’s Museum Jordan coordinated with the US embassy in Amman to bring local content to the exhibit, which will feature USAID’s PREDICT-2–Jordan Project. The PREDICT-2 project is a USAID initiative implemented by the Jordan University for Science and Technology’s scientists to identify new emerging infectious diseases that could become a threat to human health in Jordan.

The Children’s Museum Jordan is a non-profit educational institution launched by Her Majesty Queen Rania in 2007. The museum houses more than 180 interactive scientific exhibits and educational facilities, including a library, art studio, tinker lab and secret garden, the statement said.