Home to the remains of the ancient city of Capitolias, excavations in the modern-day town of Beit Ras in northwestern Jordan have offered clues on the use and production of glass during the Roman, Byzantine and Umayyad periods, according to a Polish scholar.

Capitolias was one of the Decapolis, a league of 10 ancient Greek cities in the south-eastern Levant. 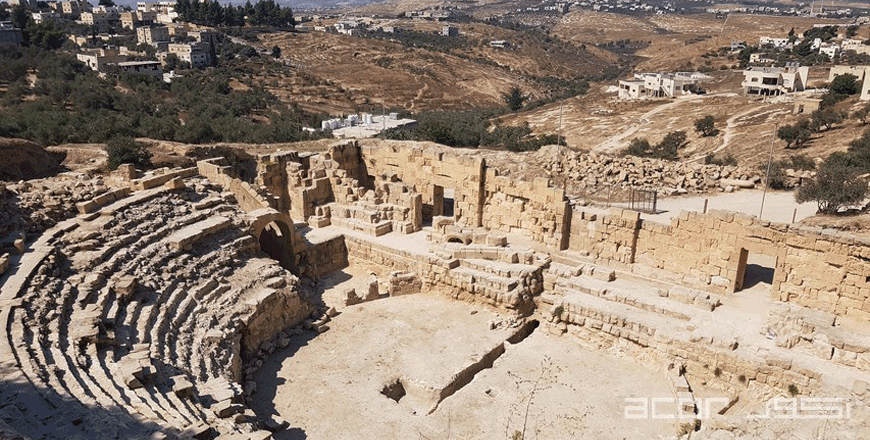 Apart from various architectural structures, pottery and other small finds, the excavations in Beit Ras, some 10km north of modern Irbid, brought to light several hundred glass fragments, Burdajewicz said, adding that from this group, 161 objects were registered during excavations in 2015 and 2016.

The archaeological finds date back to the late Roman and, for the most part, the Byzantine and Umayyad periods (late 4th through the mid-8th century), the professor said. Burdajewicz noted that a few fragments may be dated tentatively to the second half of the 8th century (early Abbasid period).

“As for the repertoire of glass types, it is relatively limited and includes mainly table vessels, like bottles, drinking vessels [cups/beakers/goblets] and bowls,” Burdajewicz said, noting that objects were industrially produced in the area.

Throughout the Byzantine and Umayyad periods, the northern part of Beit Ras was destined specifically for crafts like wine-pressing and kitchen activities. Possibly, glass and pottery production was present in the near vicinity.

“The chronological context of the associated pottery types narrows the dating to the 5th/6th-8th centuries,” Burdajewicz maintained, adding that oil lamps were also found alongside numerous raw-glass chunks.

The finds represent well-known types of glass vessels, with parallels coming from a large area of the Roman-period Decapolis and the provinces of Palaestina Prima, Secunda and Tertia, which were successively replaced by the Byzantine Diocese of the East, and the territory of Bilad El Sham, after the Muslim conquests in the first half of the 7th century, the archaeologist said.

Most of the glass finds from the Polish excavations at Beit Ras represent common forms comparable to other assemblages from contemporary sites of the Decapolis and the Eastern Mediterranean in general, he noted, adding that the finds from Beit Ras were used in everyday life for storing, serving and consuming food and drink.

“It seems that the Byzantine and Umayyad periods were represented by the largest quantity and variety of types. In turn, there is no clear evidence of glass finds from the Abbasid and later periods, despite the fact that pottery finds testify to some activity at this time. This lack of glass finds could be explained by a presumed shift in the character and use of the area,” Burdajewicz said, adding that most of vessels were produced of light blue, light green or light bluish-green translucent glass typical of the late Roman, Byzantine and Umayyad periods.

Although the quantity of glass finds from Beit Ras would appear relatively small in comparison with other sites, its significance lies in the fact that this is the first published glass assemblage excavated in this particular city, and thus contributes significantly to a general picture of glass use and production in this region, Burdajewicz noted.