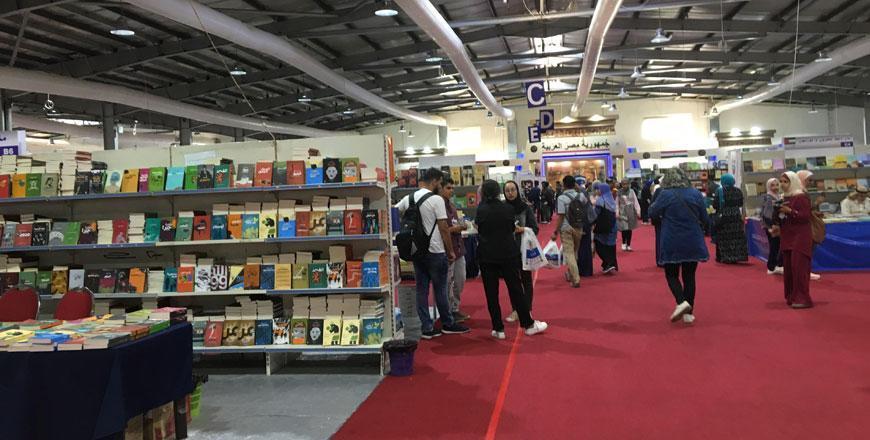 AMMAN — The annual Amman Book Fair attracted scores of people from all over the country who enjoy books, various cultural activities and signings from distinguished Jordanian authors over the weekend.

The book fair, which hosts publishing houses from the Middle East and Europe, was launched last week, but “has had its largest audience over the weekends, specifically [on] Friday”, according to a representative of Aminah Publishing House.

“The atmosphere is lovely and the people are very friendly and engaged,” said Heba Waleed, a representative of an Italian publishing house that translates European works into Arabic.

Some families, however, came for the children’s activities and books rather than for their own reading pleasures. “I’m not much of a reader, but I’d really like my children to grow up with that habit, which is why I’m here to buy them interactive children books,” said Mohammed Awalmeh, a father of three.

“My friends told me that the prices are cheap and that there will be fun kid activities, so I thought it would be a nice family outing,” added his wife, Lina.

"My students have been waiting for months to come here and meet their favourite authors and hear them speak,” said Roaa Habashneh, a school teacher on a trip to the fair with her students.

"Whether it’s because of books, activities for children or book signings, the turnout this year is significantly better than the past years”, as Waleed Fatawi, a publishing house representative from Saudi Arabia said.

Ahmad Yazouri, chairman of the fair’s committee, told The Jordan Times that “the number of people has increased because the youth have started to lean back towards printed media in the last few years”.