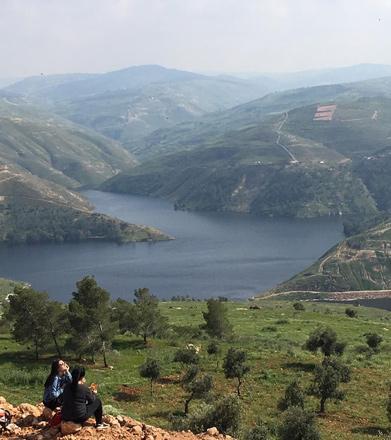 AMMAN — Abdul Rahman Nouri told The Jordan Times he could not believe what he had seen during a recent hike near King Talal Dam.

“If I saw these images on social media I would say they were taken in another country. Many social media users who saw my pictures were always asking whether these locations are in Jordan or not, and said they wanted to visit Jordan,” he told The Jordan Times over the phone.

Nouri is among many Jordanians who say they have been exposed to new locations in the Kingdom due to so-called adventure tourism. Both seasoned hikers and amateurs told The Jordan Times that interest in these trips has been on the rise recently.

Ramzy Tabalat, director of the Jordan Trail, said mainstream hiking trips have generally been designed for families, but social media has contributed to expanding adventure tourism in the Kingdom.

“People are used to the classical tourism that entails turning to a tourism office and going around known tourist attractions by car. Recently, adventure tourism has been among the growing trends in tourism in Jordan. Younger generations like this kind of tourism,” he told The Jordan Times.

Fouad Kalbounah, a founder of Walking Jordan and member of another hiking group dubbed Treks, said Jordan is filled with splendid locations, but that the only way to discover them is to abandon the car and have a walk.

“Tourists like the idea, especially the ones who cannot afford the more classical tourism experience,” he told The Jordan Times.

Shireen Nababteh, a member of Walking Jordan, said the group usually visits a location to review it before they actually organise trips to the site.

“We do that so that we can describe how difficult the hike is for people so they are aware of the type of trip they are going to take,” she told The Jordan Times.

“You need to walk to discover the beauty of Jordan. I noticed that some people are fed up with the city,” Nababteh said, adding people’s curiosity to discover new areas and social media have sparked a rise in the number of hikers in Jordan.

Tabalat said the rise of adventure tourism is not only entertaining for participants, but also beneficial to local communities.

“Around 52 villages have benefited from the Jordan Trail because the villages provide participants with the necessary services they need during their hike,” he added.