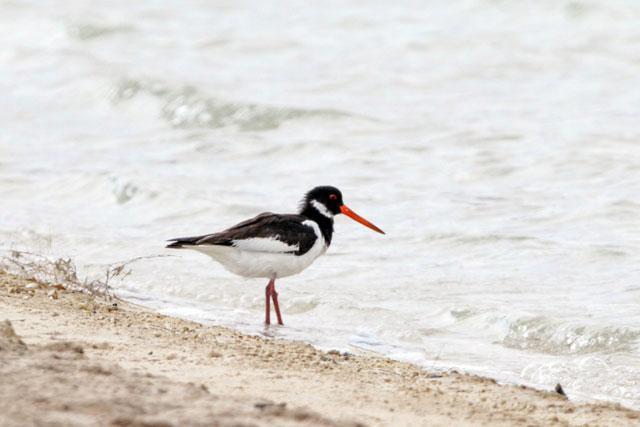 AMMAN — The Aqaba Bird Observatory (ABO) has registered sightings of the migratory oystercatcher, which is locally considered a rare bird.

ABO Director Feras Rahahleh said that the oystercatcher is rarely seen in Jordan and was last spotted in Aqaba in 1992, and in other parts of the Kingdom in 2004, according to a statement from the Royal Society for the Conservation of Nature on Wednesday.

Rahahleh said that during the first days of the spring migration season, in light of the cold conditions, migratory birds find Aqaba’s climate, which is warmer than that of the Kingdom’s other cities, ideal for resting before continuing on their migratory path.

The sightings took place at the beaches of the Ayla Oasis project’s artificial lakes, which are one of the project’s main environments designed to attract migrating birds during the spring and fall seasons.

The oystercatcher is listed as “near-threatened” by the International Union for the Conservation of Nature. Russia, Sweden and Finland are important breeding grounds for this rare bird, as well as restricted parts of Turkey and the Turkish-Iranian borderlands.

During winter, the shorebird migrates to various regions including Egypt along the coastline of the Mediterranean and the Nile Delta region, which is the bird’s closest migration destination to the Kingdom.

While oystercatchers rarely visit the Kingdom, on the few occasions that they pass through Jordan, they rest in Aqaba and Azraq.