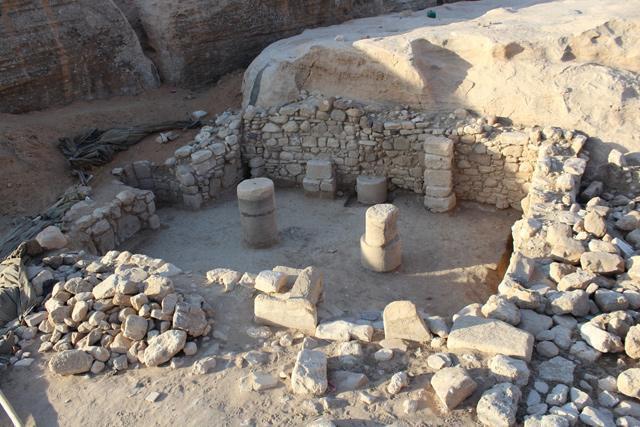 AMMAN — In contrast with the area of Wadi Musa, Beidha is still free from modern development, so the natural landscape is still unspoiled and the archaeological heritage is still accessible to researchers, according to an Italian archaeologist.

“The Beidha region is ideal to conduct archaeological research in the Petra region, since it has an almost completely untapped potential for a complete understanding of... patterns in the history of the whole Petra region,” Micaela Sinibaldi recently said during a lecture at the American Centre of Oriental Research titled, “Islamic Baydha Project”.

The project was established in 2014 under Sinibaldi’s direction, and her team has so far excavated one habitation and two mosques, Sinibaldi noted.

According to the archaeologist, the two mosques are the first ever discovered and excavated in Petra and are associated with a large village.

“They [the mosques] could both hold about 50 worshippers, and they were built with very similar methods, including a large reuse of Nabataean materials, non-rectilinear walls bound with mud mortar and a lack of a specific building style,” Sinibaldi elaborated.

Furthermore, differences between the two mosques included different directions of the arches and different proportions in the top plan, she said, adding that one of the mosques was decorated with white and red plaster.

“The analysis of the walls... has made it possible to show in detail the phases and methods of construction of the mosque,” Sinibaldi underlined.

The lack of coins or inscriptions or well dated materials will require more study before expressing a interpretation for the mosques, Sinibaldi explained, saying that ceramic remains were very scarce, and the building style of the mosques was strikingly similar to the one used in contemporary villages in the south Jordan.

However, a few well-dated materials were found in the village houses, which may be chronologically related, Sinibaldi continued, adding that “this adds to growing evidence for a Mamluk period in Petra, especially the 13th-14th centuries.”

Sinibaldi also highlighted the project’s relationship with the local community.

“Understanding the local, recent and modern material culture is an important approach of this project’s research aspect because of the longevity of the local material culture. This is facilitated by taking information from the local community,” she said.

“The Islamic Bayda Project also includes a training programme in archaeological fieldwork, designed for Jordanian and international trainees. My hopes for the future of the project are that funds will be raised for the conservation of the mosques, in order to make it accessible to the public... based on sustainable tourism and the full respect of both the rich archaeological and natural heritage of the site,” Sinibaldi concluded.