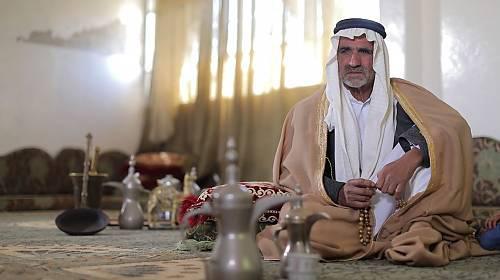 AMMAN — Cultural heritage is not limited to monuments and collections of objects, but also includes traditions or living expressions inherited from our ancestors and passed onto our descendants, a Jordanian scholar said.

The term “cultural heritage” has considerably changed in recent decades, partially due to the instruments developed by the UNESCO, the scholar said, noting that, although fragile, intangible cultural heritage (ICH) is an important factor in maintaining cultural diversity in the face of growing globalisation.

Understanding the ICH of different communities helps with intercultural dialogue and encourages mutual respect for other ways of life, Hayajneh stated, noting that the social and economic value of this transmission of knowledge is relevant for both minority groups and mainstream social groups, in addition to being crucial for developing states and developed ones.

ICH is traditional, contemporary and living at the same time, as it does not only represent inherited traditions from the past but also contemporary rural and urban practices in which diverse cultural groups take part, the dean stressed.

“We may share expressions of ICH that are similar to those practiced by others. Whether they are from the neighbouring village, from a city on the opposite side of the world or have been adapted by peoples who have migrated and settled in a different region,” he emphasised, highlighting that “they have all been passed from one generation to another, have evolved in response to their environment and contributed to giving us a sense of identity and continuity, providing a link from our past, through the present and into our future”.

ICH does not give rise to questions of whether or not certain practices are specific to a culture; it contributes to social cohesion, encouraging a sense of identity and responsibility which helps individuals to feel part of one or different communities and society at large, Hayajneh said.

It is not until recently that international agreements have become an incentive for Jordan to start cooperating in protecting and promoting ICH, the expert claimed, saying that “in fact, in the past, there was still an inadequate awareness on the safeguarding of ICH at the central and local leadership levels, and among the stakeholders themselves”.

A survey of the various Jordanian cultural sectors reveals that the Kingdom took scattered steps towards the ICH awareness process, he pointed out.

“Moreover, due to the limited ability in identifying various elements of cultural heritage, financial restriction and lack of human resources, some weak attempts towards safeguarding ICH elements were carried out separately and, sadly, with a lack of interdisciplinary coordination,” Hayajneh continued, underlining the “very little involvement of the Jordanian community, which led to a big limitation of effects and sustainability of some of these projects”.

He said there is, however, some progress as the mission of safeguarding ICH in Jordan started to receive gradual interest from the government and some other sectors, “especially after ratifying the 2003 UNESCO Convention for safeguarding ICH”.

The scholar suggested systematic awareness programmes to create incentives for Jordanians to become more aware of the importance of ICH.

“Respected ministries in the country, i.e. the ministries of education, culture, tourism and antiquities, and higher education, should take this responsibility, as they deal with a large sector of the Jordanian population on different levels,” Hayajneh emphasised.

He said any awareness process conducted by the media should consider including ICH in all aspects of government heritage policy and planning; seeking for the Jordanian public to identify and discuss ICH; addressing youth through awareness-building programmes; regulating laws on ICH; establishing country’s ICH data base; and applying photo-voice system for capacity building.

“Films, documentaries and radio can provide the public with information on the importance of the ICH,” Hayajneh concluded.