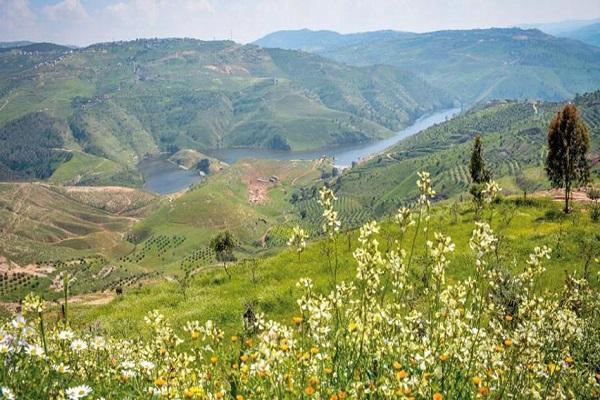 AMMAN — Saturday marks the spring solstice or vernal equinox, the beginning of spring and the end of winter in the northern hemisphere.

The sun will become vertical over the equator on Saturday, making day and night of equal duration, according to the Jordan Meteorological Department (JMD), which said that the sun will rise in Amman on Saturday at 5:40am and set at 5:47pm, the Jordan News Agency, Petra, reported.

The beginning of spring in Jordan also marks the start of khamsini weather conditions, during which the Kingdom experiences multiple depressions bringing dusty and warm weather.

Khamsini weather conditions affect the eastern part of the Mediterranean an average of once a week during the 50-day period. The name is derived from khamsin — meaning 50 in Arabic — because it usually occurs during a 50-day timeframe, from March 21 to May 10.

The hot, sand-laden winds, originating from the Atlas Mountains in North Africa, annually move east of the Mediterranean Sea around this time of year and are usually preceded by unseasonably high temperatures and dry and dusty conditions.

Health experts advise the public to take precautionary measures during this period, as allergy cases and respiratory system infections increase, particularly due to pollen grains and dust.

Seasonal climate charts indicate that rainfall during March, April and May constitute 11 per cent of the Kingdom’s total rainfall.

The JMD database indicates that the highest temperature recorded in spring in Amman was in 1942, when the mercury reached 41.7ºC, while the lowest temperature in Amman during spring was in 1922 when it dropped to -2.8ºC.

Spring ends on June 21, which marks the summer solstice — the longest day and the shortest night of the year in the northern hemisphere.