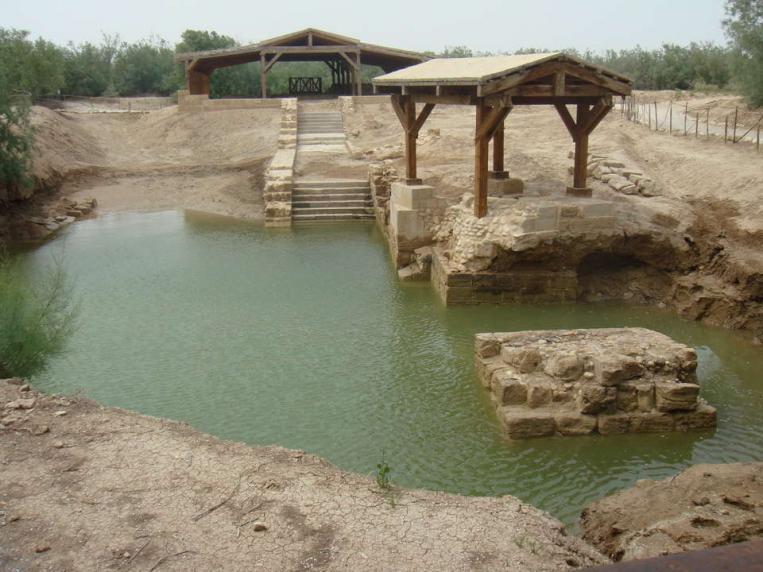 Despite its international recognition, the Baptism Site on the eastern side of the Jordan River receives “way fewer” visitors than the one located in the occupied West Bank, experts said. Jordan’s Baptism Site “Bethany Beyond Jordan” has been authenticated as the place where Jesus Christ was baptised, based on historical accounts of ancient pilgrims who documented their visits, the New Testament and archaeological findings and buildings, according to archaeologists.

Fadi Haddad, a tourist guide and author of “Christian Pilgrimage Journey in Jordan”, said that West Bank has the main Christian sites including Jerusalem, Bethlehem, Nazareth, Jericho and others, Haddad said.

For some denominations, the main purpose is to get baptised at the river, regardless of which side they are, according to Haddad.

Yousef Zreiqat, a faith-based tourism expert, said that the vast majority of tourists visit Jordan for Petra, meaning that most of them are not visiting Jordan for faith purposes. Meanwhile, Israel is the main destination for biblical tourists.

“Jordan is a destination for various types of tourism including historical, archaeological, adventure, nature, health and many other,” Zreiqat noted, saying “despite having very important and authentic religious sites such as the Decapolis cities mentioned in the Bible, the King’s way, and the globally-recognised Christian pilgrimage sites, Jordan is incomparable to the western bank when it comes to biblical tourism”.

The experts urged focusing on many other promising types of tourism such as adventure, nature, health and conferences.

“The site was visited by three Popes, many heads of state and senior officials, proved authentic, it has a high profile in the world, is well organised and has a competent administration,” Zreiqat stressed, noting that “nothing more can be done except telling the world that these things happened: this is where promotion comes”.

He called for updating the statistics system in a way that includes the numbers of visitors according to types of tourism.

A tourist guide in Jerusalem, who preferred to remain unnamed, said that Israeli official figures show that 56 per cent of Israel’s visitors come to see the biblical sites.

He told The Jordan Times that visiting the river on the western bank is also free of charge.

Wael Dakkak, a tour operator, said it is a matter of figures, claiming that the higher numbers of visitors to the site in Israel is simply reflecting the higher number of tourists that visit the country.

In 2017, 3.7 million tourists visited Israel while Jordan received much fewer tourists, according to Dakkak, who pointed out that the budget of the Jordan Tourism Board is 90 per cent lower than that of Israel (around $10 million and $100 million respectively).

Raed Abdulhak, a tourism expert, said: “In a nutshell, more tourists go to the Jordan River’s western side not because of promotion campaigns or authenticity but simply because tourist guides are more enthusiastic, as they can benefit from visiting the river and mediate the purchases of baptism gowns”.