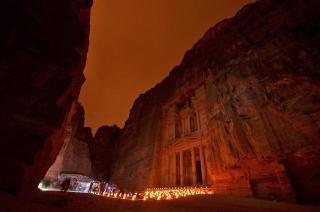 AMMAN — Sales of a unified ticket designated for tourist areas in Jordan have increased during the first eight months of this year, according to Tourism Ministry official figures.

The figures reveal a 145 per cent increase compared to the same period in 2018, with sales totalling JD11 million.

Tourism Minister Majd Shweikeh said that the unified ticket sales system contributed to the rise in the number of tourists to Jordan by increasing the duration of their stay and encouraging them to visit most tourist locations; and this growth was reflected in Jordan’s income from the tourism sector.

The system is designed to encourage visitors to go to as many tourist and archaeological locations in Jordan as possible, easing their entry to those locations and saving them money, time and effort, Petra cited the minister as saying.

Shweikeh added that the ministry used the latest technologies in developing the website for purchase transactions, making it available to visitors from all over the world. She stressed that the ministry keeps up with technological advancements as means to attract more tourists and improve tourism services.

The unified ticket, also known as the Jordan Pass, allows its holder to visit over 40 locations inside the Kingdom, including Petra, exempting all nationalities from paying the entry visa fees to the Kingdom, under the condition that the tourist buys the ticket before entering the Kingdom and confirms that their stay is no less than three consecutive nights, Petra reported.

Moreover, the ticket is sold in three packages to meet the specific needs of each visitor; all varieties providing access to the tourist attractions in the Kingdom for different durations, allowing the visitor to choose the category that best fits their trip. Visitors can learn about the package options through brochures and pamphlets available on the website https://www.jordanpass.jo.