The Minister of Tourism and Antiquities, Nayef Al-Fayez, announced the discovery by a joint Jordanian-French scientific team of archaeologists of a unique facility in the world linked to the practice of religious rituals in the southeastern Badiya region in the Khashabiyeh Mountains in Jafr. 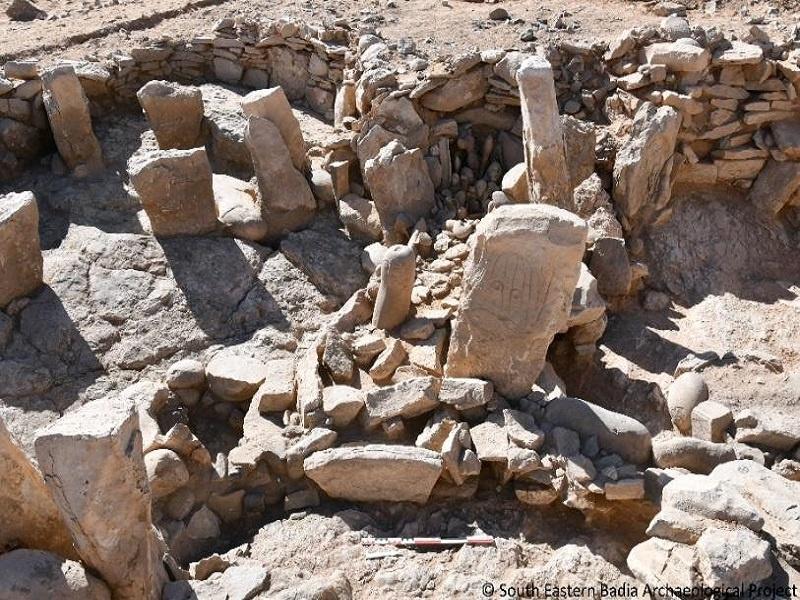 Thefacility consists of the oldest architectural model in the world and the oldest plan of stone traps dating back to 7000 BC "the Neolithic period". It also contains two stones erected on human forms close to the natural size of humans.

The discovery dates back to a new culture called the Ghassanian culture, which is the culture of the hunter-gatherer community during the Neolithic period, who practiced collective hunting for deer using huge stone traps.He also discovered camps for this culture near the stone traps, as these camps indicate many evidences related to mass hunting..