Downtown lights up for Ramadan 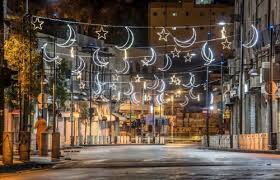