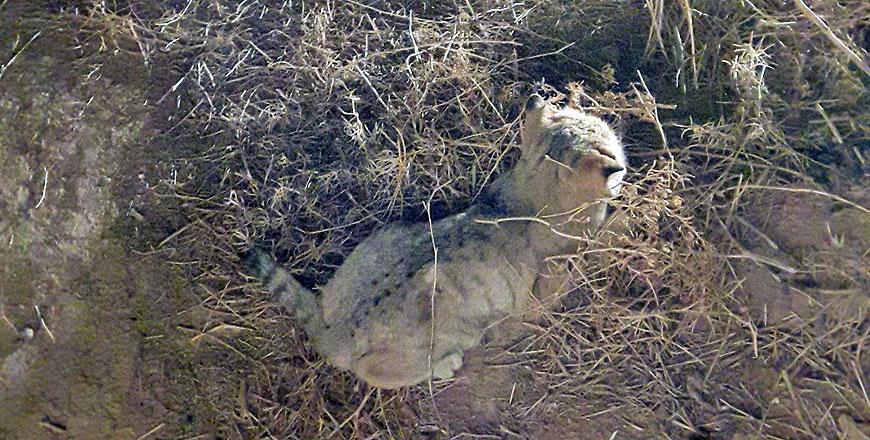 AMMAN — The Royal Society for the Conservation of Nature (RSCN) has submitted the nomination of Burqu as a nature reserve to the Ministry of Environment, pending an approval from the Cabinet, RSCN Director General Yehya Khaled said on Wednesday.

A team of flora, fauna and avifauna specialists from the RSCN’s Conservation Monitoring Centre implemented an assessment of the Burqu site to prepare the nomination file of the nature reserve. They conducted an ecological survey of Burqu’s vegetation cover and a survey on fauna species found in the site, including carnivores, reptiles and rodents, as well as the bird species, according to the RSCN.

Burqu is situated some 28km off the main road to Rweished, the outermost populated area in Jordan’s eastern desert. It serves as a refuge for migratory birds and represents one of the Kingdom’s last oases, hosting a freshwater lake which serves animal life and nearby residents alike.

“Burqu was selected to be Jordan’s tenth nature reserve because it features a unique ecosystem that is not in the country’s network of nature reserves; which is the Hamad or black basalt desert,” Khaled noted.

Turning Burqu, located in Mafraq Governorate, 80km northeast of Amman, into a reserve seeks to protect species endemic to the ancient and historical site, according to Khaled, who noted that a visitor’s centre, sustainable development projects and income generating ventures were implemented to support the local community.

Burqu hosts unique plant and animal species, according to the RSCN, which said that species in Burqu have different and unique characteristics and endurance capacities, having adapted to the rough environment of the area.

The site has several endemic species, such as the desert lark, desert agama, black desert gecko, caracals and wolves, in addition to the elusive sand cat. The area also hosts endemic plants, such as the Diplotaxis harra, mugwort and achillea.

It also boasts Qasr Burqu, according to Khled. A historical site believed to have been built by the Romans in the 3rd century.

Inhabited continuously during the Byzantine period, Qasr Burqu was expanded and fortified by Emir Walid in the early 8th century, with inscriptions on the entrance praising his work.

Near the lake are also 2,000 year-old Roman-era dams, fed by subterranean waters, they are believed to have been built at the same time as the fort and led to the creation of the lake.