At the beginning of the Early Bronze Age I (EB I) (3,300-3,000 BC), Transjordan featured a regionalised system, with several archaeological finds testifying to a network of intense interconnections, noted archaeologist Eloisa Casadeli, from Sapienza University of Rome.

Wadi Zarqa linked the Jordan Valley with the Eastern Desert, said Casadeli, adding that due to long-lasting excavations at the site of Jabel Al Mutawwaq (middle Wadi Zarqa), “new data now allow us to demonstrate the role played by the Valley of the Zarqa River during this crucial process of sedentarisation”.

“The EB I in the southern Levant is a period characterised by the spread of new cultural and economic impulses that terminated in the fully developed process of sedentarisation,” Casadeli said, adding that the process is subdivided into two main steps, representing the archaeological phases EB IA and EB IB.

This period was characterised by a high degree of regionalism, as testified by architectural features, funerary practices, subsistence activities and material culture, Casadeli said. 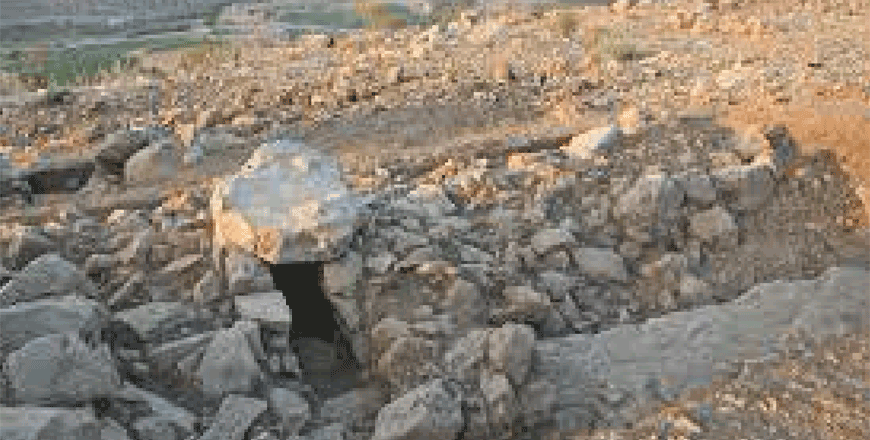 “Being one of the most important tributaries of the Jordan River, the Wadi Zarqa would have been an important route for people moving from the desert to the more fertile Jordan River Valley and the western coast,” the scholar said, adding that many sites in that area have been identified.

Until now, the study of pottery fabric in the region has been based only on macroscopic observations: “In general, the fabric is rather homogenous, both in the type of clay and inclusions, probably pointing to the use of local raw materials,” Casadeli said.

Furthermore, three fabric types have been identified; the most common fabric type is an orange-buff ware, blending from light pinkish-grey, to pinkish-orange and dark red, she said.

She also noted that it is generally assumed that climatic and ecological conditions in the southern Levant changed to a certain degree and have demonstrated a series of climatic transformations that occurred between the Late Chalcolithic (LC) and the very early stage of EB I.

As recently demonstrated, societal change was impacted by environmental change, although the responses varied from region to region, with different forms/degree of resilience observable at different places, Casadeli noted, adding that in the settlement pattern of the Transjordanian area it is possible to appreciate a progressive occupation of the higher zones, especially where the presence of springs provide permanent availability of water.

“Gradually, agriculture became the base of the subsistence of the local communities, with a consequent increase in sedentarisation,” Casadeli said.