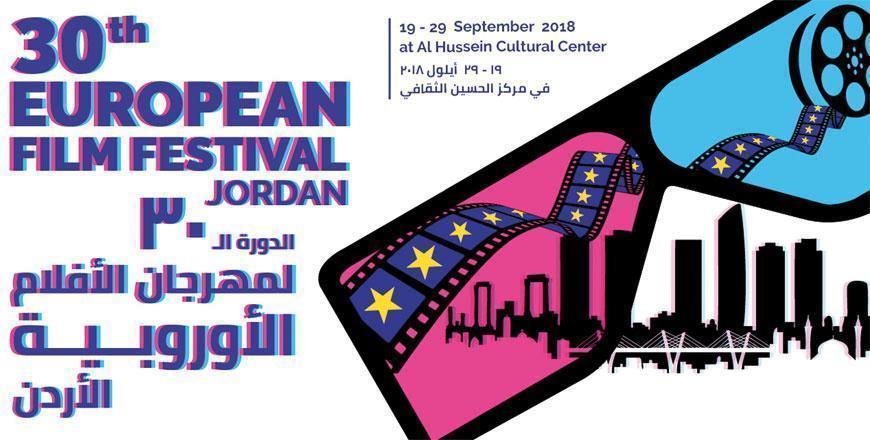 30 Years of European Movies to Be Celebrated in Jordan

AMMAN — Giving Jordanians access to European movies in order to foster cross cultural understanding is one of the main goals pursued by the annual European Film Festival (EUFF), said Antonio Lazaro, president of the EU National Institutes for Culture (EUNIC), organiser of the EUFF.

"It is important for us to make sure Jordanians have access to European films and that we make the effort to ensure they are available in Arabic too. Cinema is a great way to build bridges between societies and to encourage mutual understanding,” Lazaro said on the occasion of the festival s 30th  happening this year.

Funded by the EU Delegation in Jordan and organised in partnership with the Royal Film Commission (RFC), the Ministry of Culture, the Jordan Tourism Board and the Greater Amman Municipality, this year s edition will aim to reach even more people than last year, EUNIC communication and events officer, Tala Al Sayyed, told The Jordan Times on Monday.

Launched in 1989, the EUFF is the longest-running foreign film festival in Jordan, having become “a destination where Jordanians can view European culture”, Al Sayyed said, noting that the event includes movies touching upon contemporary human and social issues, such as love and war, finding common grounds and the coming of age.

"Each year, the festival brings the Jordanian and European communities together and opens up a space for intercultural exchange, dialogue and enhancement of our shared values. The event is a thrilling opportunity for European embassies in Jordan to showcase Europe s people, landscapes and traditions" noted EU Ambassador to Jordan Andrea Matteo Fontana ahead of the festival.

A total of 19 recent European productions will be showcased this year, each introduced by representatives of their respective embassies, with a record number of films subtitled in Arabic, the organisers highlighted.

And for Al Sayyed, this year s edition will be even more special. "This year’s edition will have a different flavor: Other than the award winning movies and highly important workshops, we will have many great performances and amazing props. This is really not an event that you would want to miss,” she rejoiced.

Since its creation, the festival has imposed itself as "the EU s flagship event" on the cultural calendar, which also includes the Amman Jazz Festival, the Image Festival Amman, the Baladk street art festival and the European Day of Languages, among many others.

"I have been going to this festival every year since I first heard of it five years ago and I have truly learned a lot. The movies give the public an interesting insight into a variety of cultures, which we might not get to see otherwise," said Salem Barakat, a 31-year-old Ammani resident, who said he is "definitely attending" this year s EUFF.

In addition to the broad selection of recent award-winning European movies, film-lovers will also get to attend a number of music performances, creative competitions and workshops, as well as the interactive feedback of a number of noted European filmmakers, all free of charge.

But the EUFF will not only be limited to the Amman Governorate, the organisers underlined, as they said that the festival will run its usual tour to several governorates across the Kingdom including Salt, Zarqa, Mafraq and Irbid, where movies will be screened in various RFC film houses.

Scheduled between September 19 and 29 under the patronage of HRH Princess Rym, the festival will take place at Al Hussein Cultural Centre in Ras Al Ain during weekdays and at the Rainbow Theatre in Jabal Amman on Saturdays, according to a EUNIC statement.