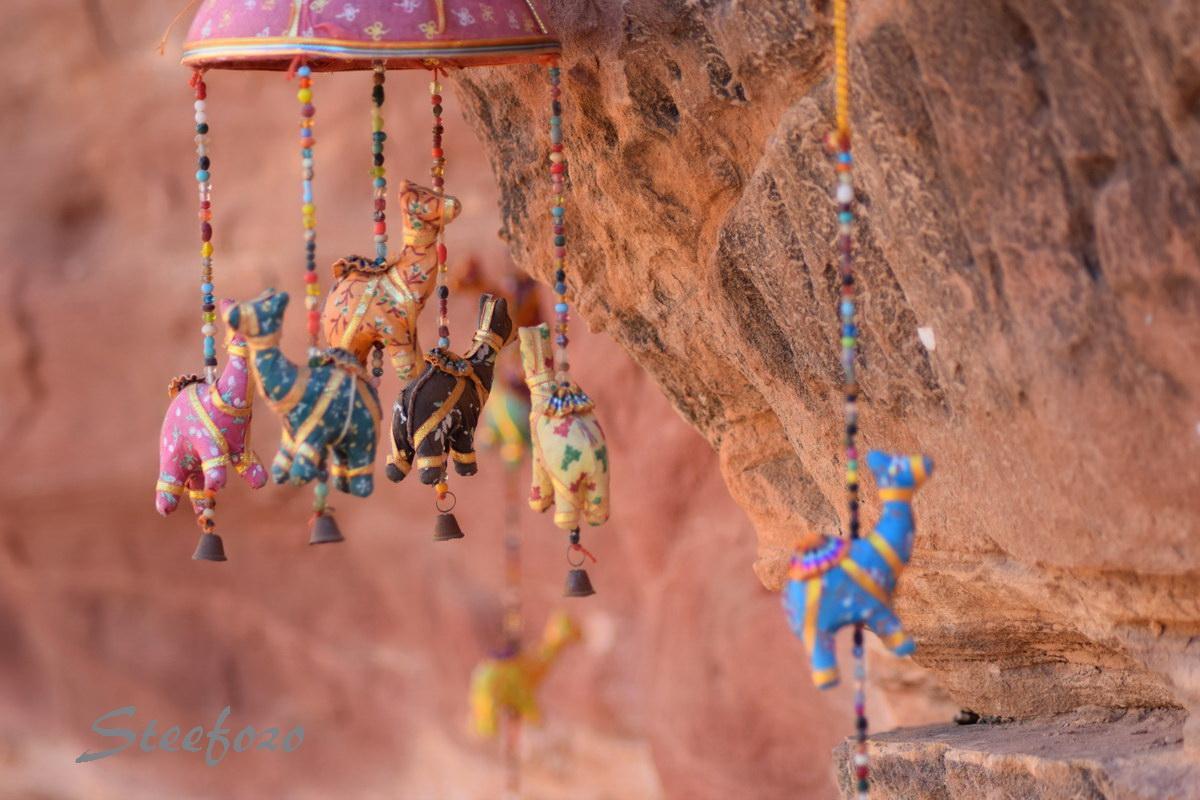 10 Things No One Tells You About Jordan

Petra’s well-deserved spot on the New Seven Wonders of the World list has put it on every traveler’s radar. However, Jordan is much more than a check mark on a bucket list, and dropping in for a day trip is an injustice to this nation. Come for Petra, but stay for the castles, wadis, ruins, hikes and hospitality — and use these tips to upgrade your experience.

1. Get the Jordan Pass Before You Arrive

It’s common for a city or country to offer a pass that includes admission to a variety of attractions at a cost that would be less than the sum of the individual admission prices. However, it’s not common for that pass to include a tourist visa — which is exactly what the Jordan Pass does. You’ll need to purchase the pass beforehand online and have a printout or digital copy accessible on your smartphone when you go through immigration. Amman Airport does have free Wi-Fi, but a screenshot or downloaded email is safer.

The question of whether a Jordan Pass is worth it is an easy one. The Jordan Pass costs 70 Jordanian dinars (~$99). Entry to Petra is 50 JD (~$71). A tourist visa costs 40 JD (~$56) and is included in the pass if your stay in the country is at least three nights. Therefore, if you are planning to visit Petra on your visit of at least three nights — as every visitor should — you’ll save money with the Jordan Pass. All the other included attractions are gravy. You’ll also need to decide when purchasing the Jordan Pass how many days you’ll be spending at Petra. If you’re unsure, choose an extra day just in case — it’s only an additional 5 JD (~$7).

2. You Don’t Have to Pay to Float in the Dead Sea

There is nothing quite like floating in the Dead Sea. It looks similar to other bodies of water, but when you enter you notice a thicker, almost syrupy consistency to the water. As you instinctively start to wade into deeper water you quickly realize you don’t need to. You are free to effortlessly bob and float in the sea for as long as your skin will tolerate the salt or you trust your sunscreen to hold off those desert rays. Be sure to keep that water out of your eyes and mouth though. The sea is 34% salt — that’s 10 times higher salt concentration than the ocean — which makes it very painful on any open wounds, including any from shaving, so hold off on the razor for two days prior.

Along the northeast coast of the Dead Sea, you’ll find several resorts that offer beach access, showers, hotel facilities and sometimes lunch. Day passes range from 20 JD ($28) to 50 JD ($71). However, if you follow the coast farther south, you’ll find several spots where you can dip in the sea for free. About 10 km south of Amman Beach is Herodus Spring, popular with locals because sea access is free. The spring also has a small waterfall you can use to rinse the salt off afterwards. If you’re looking for more privacy, continue south along the coast and find a spot where access to the beach isn’t cut off by cliffs. From there, hike down to your own peaceful, private floating spot.

Once, when our car was stopped at a random highway checkpoint, my friend handed over his passport. The officer saw it and lit up: “You are from America? I love you! Welcome, welcome. You can go.”

You don’t have to worry about anti-American sentiment here — this burly, affectionate officer wasn’t alone. Although Jordan is a Middle Eastern country, it doesn’t have the same oil reserves of its neighbors. Tourism is very important to Jordan, so they want you here. They need you here, and the industry has been hurting, as an incorrect association with neighboring countries ravaged by conflict has kept the visitors away.

The friendliness is not just financially motivated. Lost beneath the headlines of war and extremism in the region is the long-standing reputation of warm hospitality from people of the Middle East. That hospitality still exists, and you’ll find it here.

You can ignore any impressions the electronics ban may have given you. Jordanians are generally happy and proud of their country and kingdom. Therefore, the “Arab Spring” didn’t have the effect on Jordan that it had on nearby countries. The Department of State Overseas Security Advisory Council (OSAC) gives Jordan an overall crime rating of “low.” You’d probably feel safer walking the streets of Amman than you would in many major US cities.

The State Department does have a travel advisory in place for Jordan, referencing the general threat of terrorism due to its proximity to larger threats. Very little has actually come of this threat, but be vigilant — as always. The rest of the advisory suggests keeping a distance from the borders with Iraq and Syria, which, as a tourist, are not areas you would go to anyway.

Reluctance to visit Jordan due to conflict in its neighbors is misguided. Would lawless border towns in Mexico keep you from visiting San Diego? Would a nosy Newman keep you from discussing life’s peculiarities with Kramer, George and Elaine in Jerry’s apartment? Translation: it’s important to make the distinction between a place and its less desirable neighbors.

5. Adventure Awaits in the Wadis, or Canyons

Wadi Mujib begins as a leisurely scenic hike up into a canyon wading in and out of a shallow stream and turns into climbing a series of waterfalls increasing in depth and intensity. When the waterfalls become impassable, turn around and slide and float your way out. Rock climbing and more extreme canyoning tours are also available.

Wadi Rum, the famous desert landscape south of Petra, can be categorized as otherworldly. And Hollywood agrees — Red Planet, Prometheus, The Last Days on Mars and The Martian were all filmed here, but you get to enjoy it right here on this planet. Hiking, desert camping, rock climbing, red sand dunes and camel riding, among other activities, are at your disposal. If you’re the type of person who sees a “Proceed at Your Own Risk” sign as an invitation, Shadi is the man you want to guide you. Other wadis are spread out all over the desert landscape. Ask some locals about their favorites. Note that while exploring some, you may not see another person.

6. Hike the Length of the Country on the New Jordan Trail

It’s strange to call a hike that spans 10,000 years of history “new,” but that’s exactly what the Jordan Trail is. Officially opened in February, the trek begins in Um Qais to the north and traverses 400 miles south to Aqaba and the Red Sea — lasting a biblically appropriate 40 days. It manages to cover many of the country’s main attractions — like Ajloun, Jerash, Karak, Dana, several wadis and Petra — but the long, lonely stretches of raw wilderness connecting 52 local villages, complete with lodging and food, might be the hike’s greatest appeal. 40 days of hiking may not be an option for you, but portions of this trek can be done easily as day trips or multi-day trips from Amman. The official website is loaded with all the information you need for any trek big or small.

At some point in your adventure in Wadi Rum, you’ll get approached by men with camels offering to sell you a ride. The fascination is definitely understandable, but let me describe how it will go down:

As you mount the camel, you’ll quickly realize the saddle is unlike any seat you’ve ever encountered — as if you’re trying to sit on the tread of a tractor tire. As you are getting situated, you’ll be catapulted forward and as you scramble to get a grip and keep from falling forward, you’ll be catapulted backwards. This is how the camel stands up — back legs first, followed by front legs. You’ll also notice their pungent aroma, which can be partially explained when you learn that camels deliberately pee on their own legs to keep cool. You’ll proceed single file behind the camel in front of you — giving you a front row seat to every gas, liquid and solid the camel in front of you deems no longer necessary. The slow, bouncy ride ends with one last attempt to catapult you forward as the camel drops to its knees before settling. The next day, you’ll be sore in muscles you didn’t know you had.

I don’t want to discourage you from a camel ride. Just know what to expect, and be ready to record the reactions of your friends who don’t.

8. Take the Hike to See Petra from Above

To view Petra for the first time, walk through the towering canyon walls of As-Siq as they narrow to almost a close until showing a glimpse of the Treasury and opening up into the magnificent ancient city. This is, however, how everyone enters Petra. Get there at opening time to beat the crowds and follow it with an exploration of the rest of the city — the Royal Tombs and the Monastery should not be missed.

If you can tack on a second day in Petra — and you should — hike up to the view point to see the Treasury from above. The Treasury — the face of Petra thanks to Indiana Jones and the Last Crusade — is nearly always surrounded by tourists. From above, you’ll appreciate a new perspective of the entrance to the city below. The moderate hike takes about two hours round-trip, but you’ll be sharing the views and trails with very few tourists. After getting your pictures at the view point, enjoy a cup of coffee at the Why Not View Shop with friendly owner Feras and his ever-present puppies.

9. Don’t Bother with “Petra By Night”

Even though I recommend spending two days at Petra, don’t feel compelled to spend your evening at “Petra By Night.” The ambiance at first is nice with the Siq and Treasury dimly lit by 1,500 candles, but it doesn’t last. The experience consists of an underwhelming musical performance with “traditional” instruments and ends with a not-so-dramatic illumination of the Treasury with spot lights. You’re better off stopping at the entrance and spending your 17 JD (~$24) on drinks and hookah at the Cave Bar, which claims to be the oldest bar in the world.

10. Tips for Driving in Jordan

Every country has it’s own written and unwritten rules of the road and Jordan is no exception. If you decide to drive, here are some things to expect:

Despite this relative madness, Jordanians are quick to point out that driving here is muchmore conservative than in neighboring countries like Saudi Arabia or Egypt. Yikes.