FLOAT IN A GIANT SALT LAKE

The Dead Sea, bordered by Jordan, Israel, and the Palestinian territories, is actually a lake, and quite a salty one at that—around 34 percent saline, almost ten times that of seawater. The bright-blue waters attract many swimmers who want the odd feeling of floating without any effort at all. The Dead Sea's extreme saltiness means that once you wade in, your body instantly bobs to the surface—leaving you free to lie back, relax, and enjoy a soak at the planet's lowest point.

After your swim, you can slather yourself in Dead Sea mud, which is said to have restorative properties, and even buy some scrubs, salts, or other products for souvenirs. Jordanians often call the Dead Sea "the lowest natural spa on Earth," and there are plenty of luxurious resorts along the Dead Sea that offer massages or special mud treatments. Who knows, you may leave feeling ten years younger. 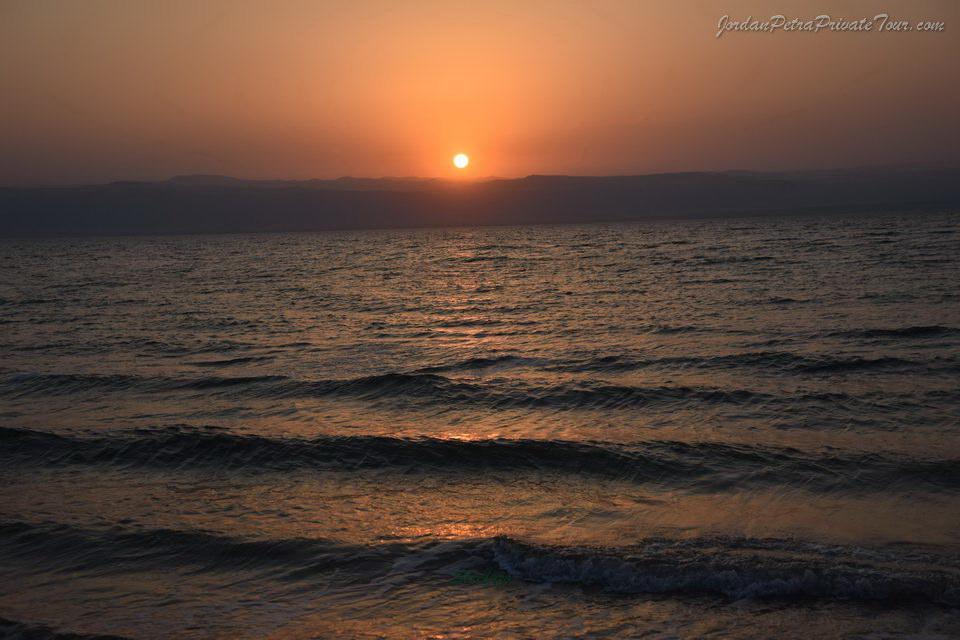 SEE A TON IN JUST A WEEK—AND ANY TIME OF YEAR
Only got a week to spare? You can still squeeze in many of Jordan's hot spots without feeling rushed. About the size of the U.S. state of Indiana, the country is very accessible, and each region offers its own gems.

One possible itinerary: Fly into Amman and spend a day visiting its highlights, including the Citadel and ancient palace. Take a day trip north to tour the remains of ancient Roman cities, then start working your way south down the 5,000-year-old route, the Kings Highway, to the Gulf of Aqaba, with stops at Petra, the Dead Sea, and other historic sites such as Jerash.

Luckily, Jordan has a dry, agreeable climate that makes traveling easy year-round. (Though if you don't like it hot, you may want to avoid August, when temperatures can get up to 95ºF in Amman and even hotter in the desert.)

VISIT PETRA, AN ANCIENT METROPOLIS
Once the sprawling capital of the Nabataean kingdom, this city built of stone is a UNESCO World Heritage site—and rightly so. The tombs and monuments of the centuries-old metropolis, carved deeply into the reddish cliffs, are like nothing else on Earth. Most visitors to Petra, though, only see the main attractions—Al Khazneh, or the Treasury, being the most well known—without venturing off the main path.

To really lose yourself in Petra's wonders, lace up those hiking shoes and break a sweat. Climb the 800 steps to the monument known as Ad Deir (the Monastery), where the Nabataeans may have held religious festivities. Next, tackle the uphill trek to the High Place of Sacrifice, a scenic overlook where the ancient culture ritually sacrificed animals. Or hire a tour guide to take you on lesser known trails, including one where you can look down on the Treasury—a perspective few people get. 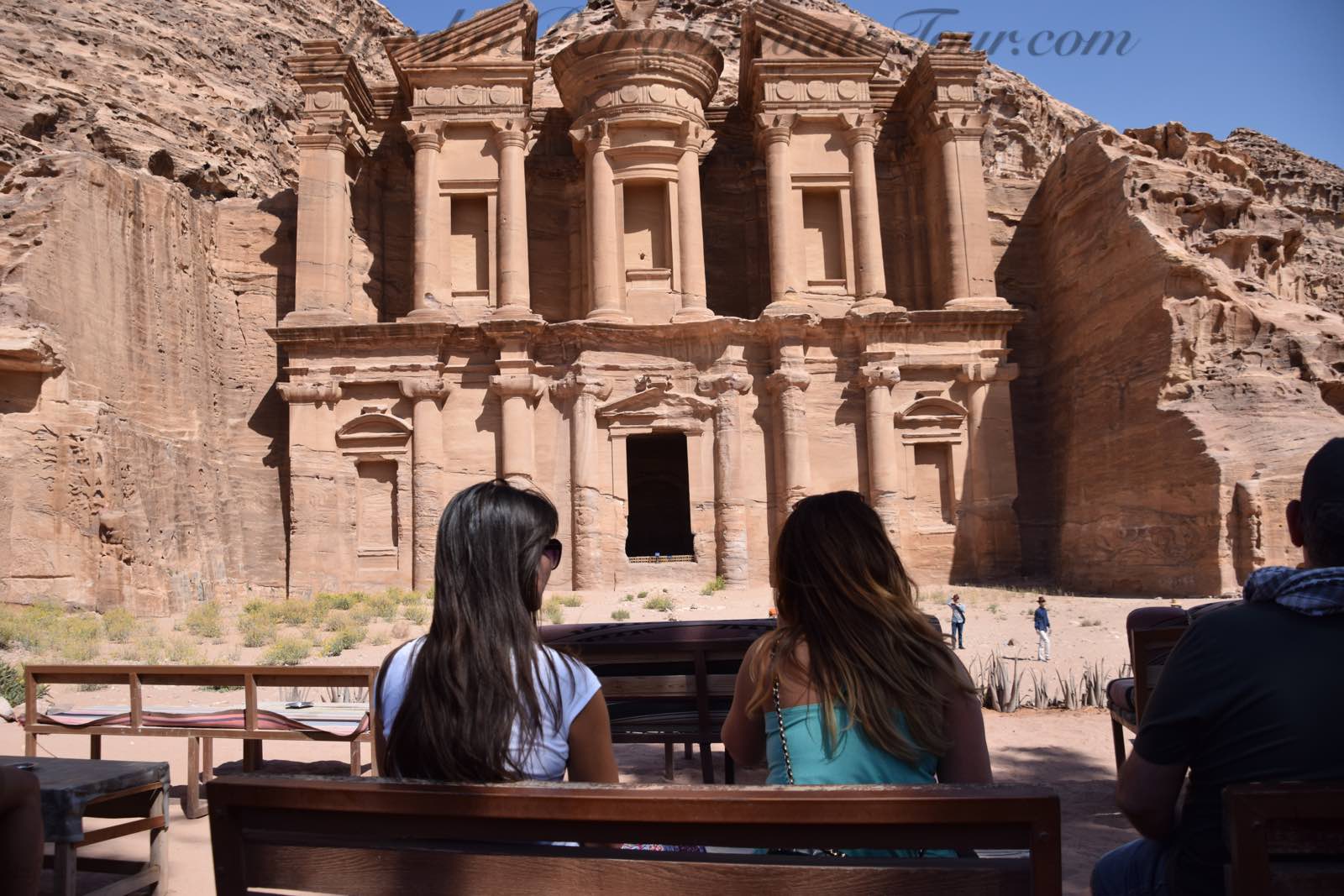 STEP BACK IN TIME TO THE ROMAN EMPIRE
When in the former Roman Empire, do as the Romans did—and appreciate their fine architecture. Around the first century A.D., present-day Jordan lay at the heart of the Decapolis, a loose federation of more than ten Roman cities on the eastern edge of the empire. (Even Amman, at the time named Philadelphia, was part of the Decapolis.) Today, visitors can explore remains of some of these cities scattered throughout the country. In the northern town of Umm Qais, wander the rows of an amazingly intact Roman amphitheater, constructed of dark, sturdy, volcanic rock.

Also in northern Jordan is Abila, where you can peek inside tomb caves that once held the ancient dead, their ceilings decorated with frescoes. At Jerash, in central Jordan, Roman-era cobblestones still bear the marks of ancient chariot wheels, and the impressive Hadrian's Arch, built to honor Roman Emperor Hadrian's visit to the city in A.D. 129, stands sentry centuries later.

CAMP UNDER THE STARS WITH BEDOUINS
Bedouin—whose Arabic name bedu means desert dwellers—are famous for their hardiness and hospitality. These seminomadic people traditionally live in remote communities, herding camels and goats and making their homes in goat-hair tents. Fortunately, visitors can get a feel for Bedouin life more comfortably in Wadi Rum, a stunning desert in southern Jordan. Several tented campsites allow you to spend a few days roaming this protected wilderness, which humans have inhabited since prehistoric times.

Marvel at Wadi Rum's towering cliffs and striking ochre dunes from an open 4X4 or, if you're the more adventurous type, from the back of a colorfully decorated camel. By night, Bedouin hosts take visitors on walks under the brilliant desert stars and tell stories of their culture. Back at the campsite, they may perform traditional songs and dances—and ask you to join in.

EAT LIKE A KING
Jordan is a foodie's delight. The national dish is called mansaf—lamb or goat cooked in yogurt and seasoned with aromatic herbs and spices, then sprinkled with almonds and pine nuts and served over a mountain of rice. Jordanians spend hours making mansaf, which requires many steps, and it's usually enjoyed with a group and eaten with the hands.

Another classic Jordanian meal is stuffed lamb, packed with rice, chopped onions, and nuts. If you're after more basic eats, it's hard not to fall for Jordan's falafel—especially if you get the chance to watch it being made right on the street. Vendors roll chickpea paste into balls, fry them, then serve them to you sizzling hot. Pair it with a pita fresh out of the oven—and voilà, perfection. If you're looking for a tasty souvenir, olive oil can be found almost everywhere in Jordan, which is a major producer.

SNORKEL THE VIBRANT REEFS OF THE RED SEA
Dusty from the desert? Head for the gorgeous reefs and beaches of Aqaba, Jordan's city on the Red Sea. For more than 2,000 years, Aqaba has been a crucial port for sea routes from Asia, Africa, and Europe—and still is, as the many big ships in the harbor attest. You can relax on a private beach, or, as we recommend, book a snorkeling trip and spend a day sailing the Gulf of Aqaba.

The clear waters of the Red Sea boast a veritable rainbow of marine life, including more than a thousand species of fish—such as lionfish and clownfish—and 200 species of coral. Other animals sometimes spotted among the reefs are manta rays, sea turtles, and dolphins. (If you go in the winter, know the water could be a little chilly.) While you're on the Gulf, don't forget to ask your boat captain to point out the coasts of three countries—Egypt, Saudi Arabia, and Israel—in the distance.

PAY RESPECTS AT A HOLY PLACE
One of Jordan's holiest places is Mount Nebo, where the Biblical prophet Moses is said to have seen the Promised Land. According to the Bible, he died on Mount Nebo at age 120 and was buried there, although the location of his grave is unknown. Since then, many Christians have made a pilgrimage to this hill in western Jordan, not far from Amman. At the top sits a stone memorial to Moses, as well as a Byzantine church, built by monks in the third or fourth century A.D. From this picture-perfect spot, you can take in the dazzling view the prophet supposedly beheld so long ago: The vast tan- and rust-colored ridges of the Jordan Valley, the Dead Sea, Jerusalem, and Bethlehem. More testament to Mount Nebo's importance: In 2000, around 20,000 people gathered here to listen to a sermon by Pope John Paul II.

MARVEL AT ANCIENT MOSAICS
You could say mosaics have put Madaba on the map. Close to Mount Nebo, the town is home to highly detailed stone mosaics, such as the oldest known representation of Palestine, on public display at the town's Greek Orthodox church (a third of Madaba's residents are Christian). Called the Map of Madaba, the sixth-century artwork was once made of two million pieces of tile that depicted major Biblical sites of the Middle East. Much of the map is gone, though enough remains to awe modern visitors. Madaba Archaeological Park has an even older mosaic—a first-century-B.C. artifact from Herod the Great's palace. If you're not mosaic-ed out, the Madaba Museum has plenty more. As a tourist-friendly town, Madaba has many artisan shops where you can buy your own handmade masterpiece—the Tree of Life mosaics are especially beautiful.

WALK IN THE FOOTSTEPS OF HOLLYWOOD ACTORS
You may not realize it, but you've probably already seen some highlights of Jordan on the big screen. In the recent sci-fi movie The Martian, Wadi Rum's dunes stood in for the barren landscape of the red planet. Wadi Rum is also known to cinema fans as the stunning backdrop to the 1962 film Lawrence of Arabia.

And in the 1989 classic Indiana Jones and the Last Crusade, Harrison Ford found the Holy Grail inside Al Khazneh, Petra’s most iconic monument.