AMMAN — For archaeological expert Juan Ramón Muñiz, the Spanish Archaeological Mission in Jordan is a symbol of “the cultural friendship that exists between the two countries, with bonds that transcend the sole scientific purposes”.
Muñiz, who is the director of the ongoing excavations at Jabal Al Mutawwaq — a site located along the Zarqa River, a few kilometres southeast of Jerash and 48km north of Amman — has come to find “a great collaboration” between the two countries at an institutional level.
He noted the “affection and esteem” coming from the Department of Antiquities in Jordan and the efforts of the embassy of Spain to “preserve this cultural bond”.
The expert also stressed the international recognition that comes with working in the Kingdom. 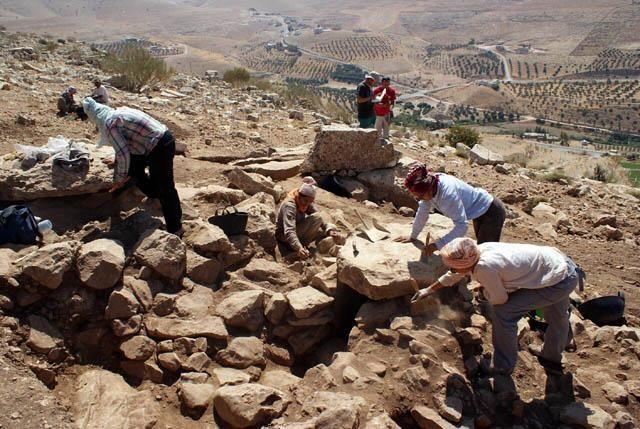 “Getting to excavate in Jordan is a sign of prestige for Spanish universities”, said Muñiz, who will return to Jordan in September to work in the excavations that the Spanish Superior Council for Scientific Investigation is conducting under the direction of Juan José Ibáñez.
Muñiz, Ibáñez and several other Spanish archaeologists are taking over the work started by their colleagues in 1906, when Bonaventura Ubach started looking for biblical sites in Ajloun, 70km northwest of Amman, leaving behind a diary with data about the area.
However, the Spanish excavations in Jordan did not take off until 60 years ago with the founding of Casa de Santiago, which grew to be known as the first Spanish scientific institution in Jordan with a focus in archaeology.
The foundation of Casa de Santiago led to the consolidation of the first Spanish excavations in the 70s, and it was during this time that the investigator Martín Almagro consolidated the collaboration between Jordan and Spain with works at the Citadel, Qsair Amra or the castle of Hallabat, in Zarqa Governorate.
The Spanish Archaeological Mission in Jordan was also founded by Almagro around the same time — but it saw an inflection point a few years later due to the lack of sufficient funds, Muñiz explained.
“Nonetheless, many investigators continued their work in the area with self-funded projects,” the archeologist said, noting that the reinstauration of the mission was approved in 1992, with expert Juan Antonio Tresguerres in charge.
Tresguerres had already been directing the project at Mutawwaq since 1989, which was promptly integrated into the Spanish Archeological Mission in Jordan.
However, the mission faced a second inflection point in 2011 with the passing away of Tresguerres, Muñiz explained.
He took the challenge of continuing Tresguerres’ work in the area after having worked with him since 1999.
The archeologist then partnered with the Italian expert Andrea Polcaro, turning the excavations at Mutawwaq into an Hispanic-Italian project.
Five excavations and three campaigns for the study of the excavated materials have been conducted since 2012, leading to the discovery of a burial site from the Bronze Age and the vinculation of a dolmen field with the settlement of Mutawwaq.
When asked about the future of the mission, Muñiz explained that the lack of state funds by Spain in 2016 has led to another self-financed project.
“It is because of this that we have designed a campaign to study the ceramic material of the Temple of the Serpents [along the Zarqa River] which is more feasible economically,” the archeologist said.
“This kind of investigations is very useful for specialists,” he said, adding that the team is planning to release a global publication encompassing the years of work in partnership with Polcaro.