Frescoes at Beit Ras in Jordan

An ancient tomb has been discovered in Jordan in the northern town of Beit Ras during an excavation project to expand a local waste-water sanitation network.

The tomb includes a cave with two burial chambers.

This tomb is made unique by the fascinating oil frescoes decorating the walls of the chamber.

The frescoes portray human figures, horses and other mythological scenes, some of which have partly eroded but remain intact for the most part giving us great insight into the burial rites of the past. 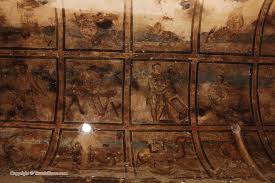 These breath-taking frescoes include paintings of grape vines which represent the social and agricultural life prevalent during Classical antiquity thought to most likely belong in the Hellenistic period/ Early Roman period.

The inscriptions and some artefacts found in the tomb are being analysed to give a more accurate time-frame of when this tomb was built and who it was built for. 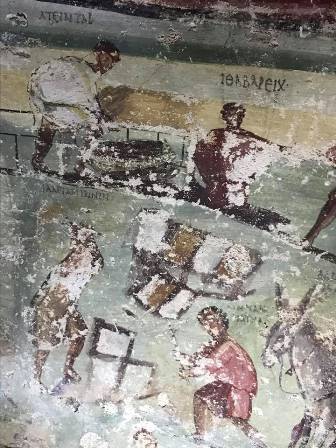 Jordan minister of tourism and antiquities Lina Annab, following a visit to the site, confirmed that the department will continue to excavate, expand and prepare the site for future visitors.

She also confirmed that due to the tomb’s archaeological value, the site has been closed off to visitors and on-lookers to protect the archaeological integrity of the tomb as more tests are being run to ascertain more information about its significance. 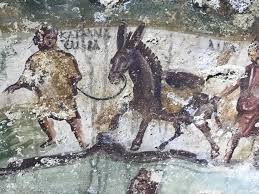