This July, archaeologists in Jordan will begin an underwater search for remains of an early Islamic city.

Located at the northern tip of the Red Sea, modern-day Aqaba is Jordan's only port. In the Middle Ages, the city was known as Ayla. Archaeologists uncovered the ruins of Ayla only in the last 30 years, and now, they want to know if there's more to be found off the coast.

'We are going to perform an archaeological survey underwater to explore any architectural extensions of the city of Ayla,' said Sawsan Fakhry, an archaeology expert for Jordan's Royal Marine Conservation Society (JREDS). 'There may be a good chance to find the remains of the port mentioned in geographical and historical sources. 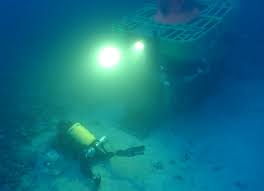 The coastal town was both an oasis and an important stop on trade routes connecting Egypt, the Levant (an area encompassing modern-day Israel, Palestine, Lebanon, Jordan and Syria) and even China.

Ayla was established as an Islamic city around the year 650, next to an older port built by Nabataeans (a civilization probably most famous for building Petra) that had been used in the Roman and Byzantine periods, according to an account by Donald Whitcomb, an archaeologist at the University of Chicago. Arab geographers of the ninth and 10th centuries mention the city as a prosperous place full of merchants. The site also saw an influx of visitors during the annual pilgrimage to Mecca.