Jordanian researchers from Greater Amman Municipality and Jordanian universities were able to discover a group of astronomical solar clocks in and around Amman. The Director of Amman City, Engineer Ahmed Al-Malkawi, referring to the strategic plans for developing tourism in the city in cooperation with the Ministry of Tourism and Jordanian universities. As he emphasized the benefit of the tourist paths launched by the Municipality of Amman, so that the citizen and the visitor can see their economic effects, especially the Amman Walk, the Elaf Al-Qurashi path, the Al-Raqeem Cave youth path, and the astronomical solar clocks. 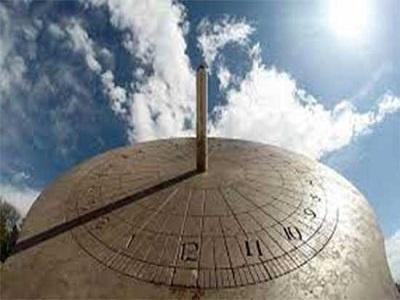 The fromer minister of Tourism, Taha Al-Hababah, referred to the launch of tourist tracks in the city of Amman to be a pioneering model for tourist cities, and praised the discovery of the solar clocks and the launch of their route and scientific publications at the local and regional levels. The launch of the tourist tracks came as a result of the efforts of the Amman Municipality in reviving the city's heritage,In addition to the discovery of astronomical solar clocks in Amman, especially the classic clock in Amman Citadel, the astronomical clock in the Al-Abzakh mosque in Wadi Al-Seer, the Umayyad astronomical clock in the Al-Qastal Mosque, and anotherclock in the Church of Wadi Jadid. He added that a book on solar clocks was issued with the aim of introducing them, in addition to a brochure, as well as a tourist map of the astronomical clock path in Amman and its vicinity, which is the first of its kind in the Arab and Islamic worlds.

Prof. Dr. Eng. Muhannad Trad from Al al-Bayt University referred to the engineering accuracy in making these astronomical solar clocks which discovered in Amman, and said that these clocks reflected the importance of timings used by Arabs in ancient times. He also referred to the importance of tourist paths to develope tourism in the city, which positive effects will soon appear.