Huge stone circles in the Middle East have been imaged from above, revealing details of structures that have been shrouded in mystery for decades.Archaeologists in Jordan have taken high-resolution aerial images of 11 ancient "Big Circles," all but one of which are around 400 meters (1,312 feet) in diameter.

Why they are so similar is unknown but the similarity seems “too close to be a coincidence" said researcher David Kennedy.

The Big Circles (as archaeologists call them) were built with low stone walls that are no more than a few feet high. The circles originally contained no openings, and people would have had to hop over the walls in order to get inside.

Their purpose is unknown, and archaeologists are unsure when these structures were built. Analysis of the photographs, as well as artifacts found on the ground, suggest the circles date back at least 2,000 years, but they may be much older. They could even have been constructed in prehistoric times, before writing was invented, scientists say.

Though the Big Circles were first spotted by aircraft in the 1920s, little research has focused on these structures, and many scientists are not even aware of their existence, something these archaeologists hope the new aerial images will help to change. 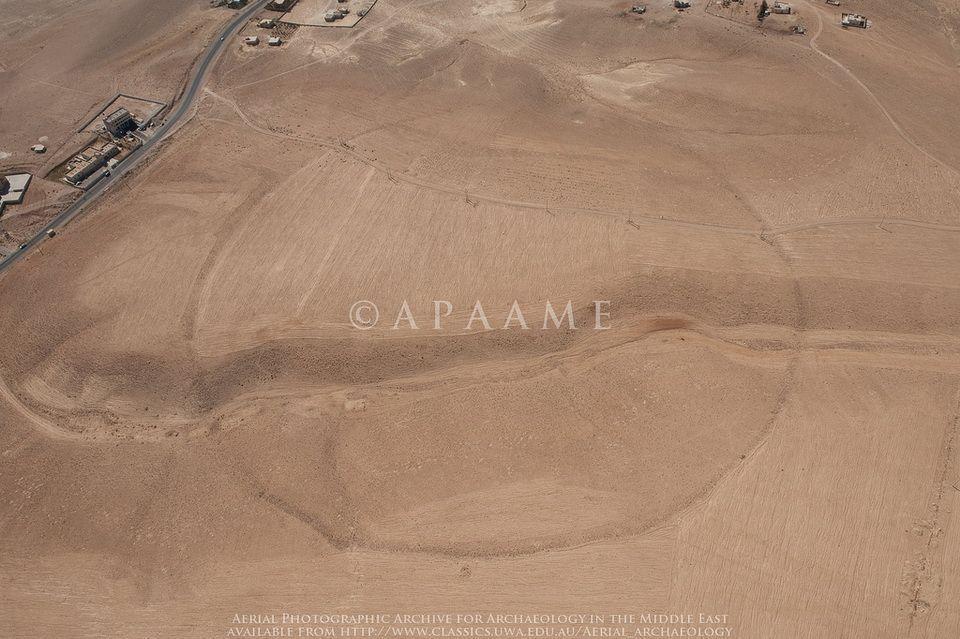 The "most important contribution is simply to collect and make known a large group of rather remarkable sites," writes Kennedy, a professor at the University of Western Australia, in an article published recently in the journal Zeitschrift für Orient Archäologie.

In addition to the 11 photographed circles, researchers have identified another similar circle in Jordan, which appears to have been only partially completed, Kennedy noted. Old satellite imagery also reveals  two circles, one in Jordan and another in Syria, which have both been destroyed. The circle in Syria was destroyed within the last decade and the one in Jordan a few decades ago. A separate research team, from Durham University, investigated the Syrian circle before it was completely gone. 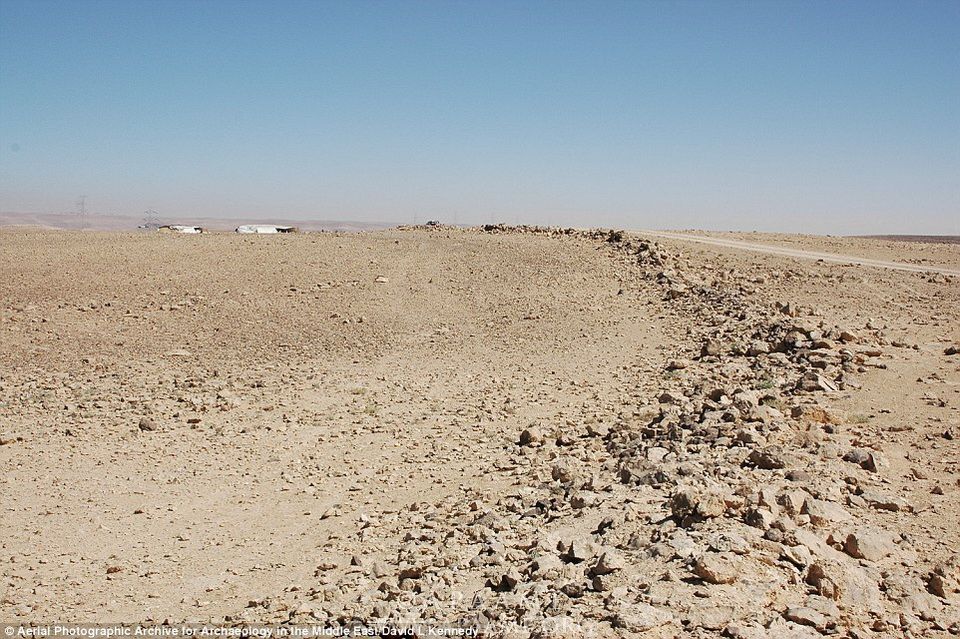 While there are many smaller stone circles in the Middle East, what makes these 11 Big Circles stand out is their large size and ancient age, Kennedy said.

The circles would not have been hard to build, Kennedy said. They were constructed mainly with local rocks, and a dozen people working hard could potentially complete a Big Circle in a week, Kennedy told Livescience in an email. However, building the circles in a precise shape would have taken some planning. "In the case of those circles that [are] near-precise circles, it would have required at least one person as 'architect,'" Kennedy said, adding that this architect could simply have tied a long rope to a post and walked in a circle, marking the ground as he or she moved around. "That would also explain the glitches [in the circles] where the land was uneven," as the architect wouldn't have been able to keep walking in a perfect circle at those spots.

The purpose of the Big Circles is a mystery, Kennedy said. It seems unlikely that they were originally used as corrals, as the walls were no more than a few feet high, the circles contain no structures that would have helped maintain an animal herd and there's no need for animal corrals to have such a precise shape, he said.

One of the circles contains three cairns, or rock piles, on its edges that may have been used for burial. However, Kennedy said, "my inference is that the cairns [were built] later, when the enclosure was no longer significant." 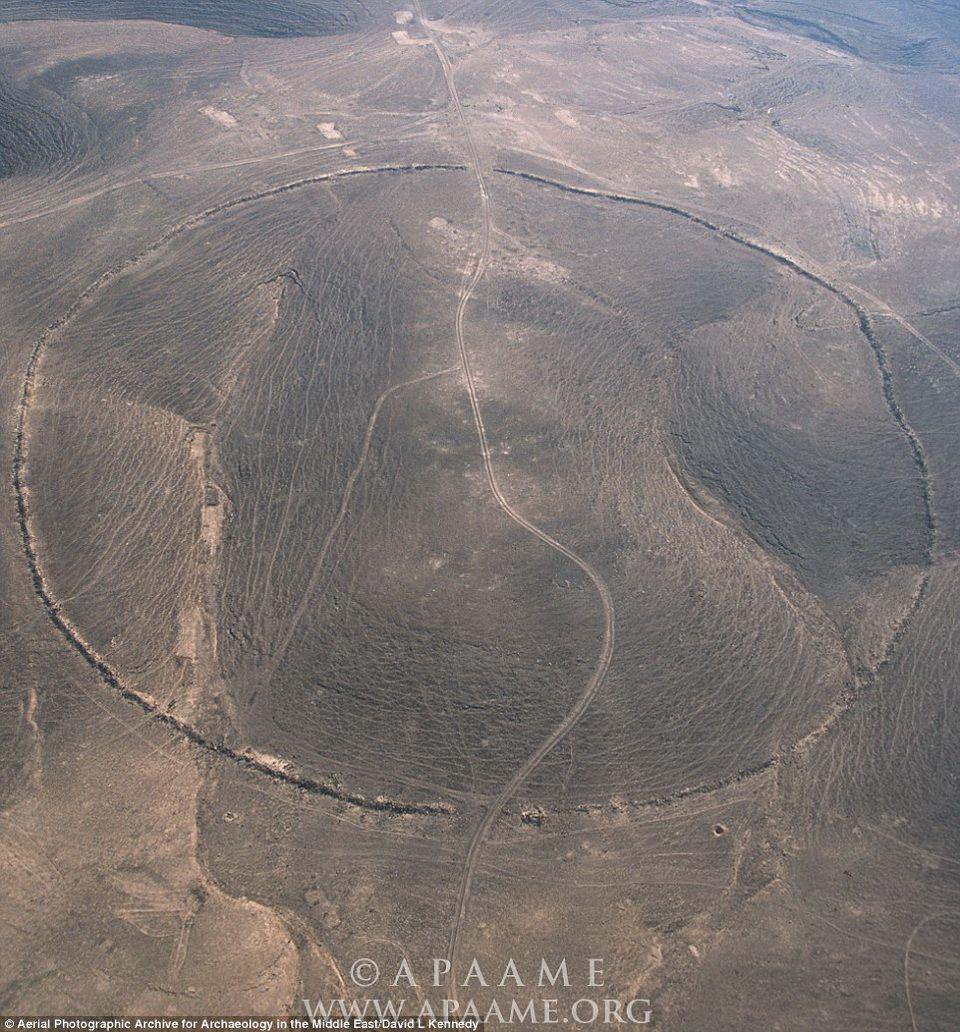 Archaeologists Graham Philip and Jennie Bradbury, both with Durham University in England, have examined a Big Circle they found near Homs in Syria. While the circle was "badly damaged" when the researchers found it, they completed their fieldwork before land development completely destroyed the structure.

This Big Circle was positioned in such a way that it could give someone standing inside it a "panoramic" view of a basin that would have held crops and settlements, the researchers reported in a 2010 paper in the journal Levant. This "may have played an important part in the location of the enclosure," the two archaeologists wrote in the Levant article.

While the purpose of the Big Circles remains unknown, the research by Kennedy and his team shows that the creations were part of a landscape rich in stone structures.

His team has found thousands of stone structures in Jordan and the broader Middle East. They come in a variety of shapes, including "Wheels" (circular structures with spokes radiating out); Kites (stone structures that forced animals to run into a kill zone); Pendants (lines of stone cairns that run from burials); and walls (mysterious structures that meander across the landscape for more than a mile — or up to several thousand meters — and have no apparent practical use).

The aerial photography program his team is conducting, combined with satellite imagery from sites like Google Earth, has led to many discoveries, Kennedy said. "As soon as you get up a few hundred feet, it all comes into focus. You can suddenly see the shape of what you've been looking at," Kennedy said in a YouTube video made by Google as part of their Search Stories series.

The Big Circle called J1 is about 390 meters (1,280 feet) in diameter, with an open area created by bulldozing in its interior.

Credit: David L. Kennedy, copyright is retained by the Aerial Photographic Archive for Archaeology in the Middle East