The number of visitors to Petra in the first half of 2018 increased by 45 per cent compared with the same period of last year, an official said. Petra Development and Tourism Region Authority Chief Commissioner Falah Al Omoush said that 322,579 foreign and 65,492 Arab and Jordanian visitors visited the ancient city of Petra in the first six months of this year.

The site received 222,967 foreign and 56,597 Arab and Jordanian visitors during the first six months of 2017, Omoush told The Jordan Times on Monday.

The commissioner noted that the numbers of visitors to Petra have noticeably increased during this year, stressing that 2018 recorded the highest number of visitors since 2010.

Several facilities, including hotels and restaurants that stopped operating since 2010, have reopened and some others are expected to reopen this year, Omoush said. 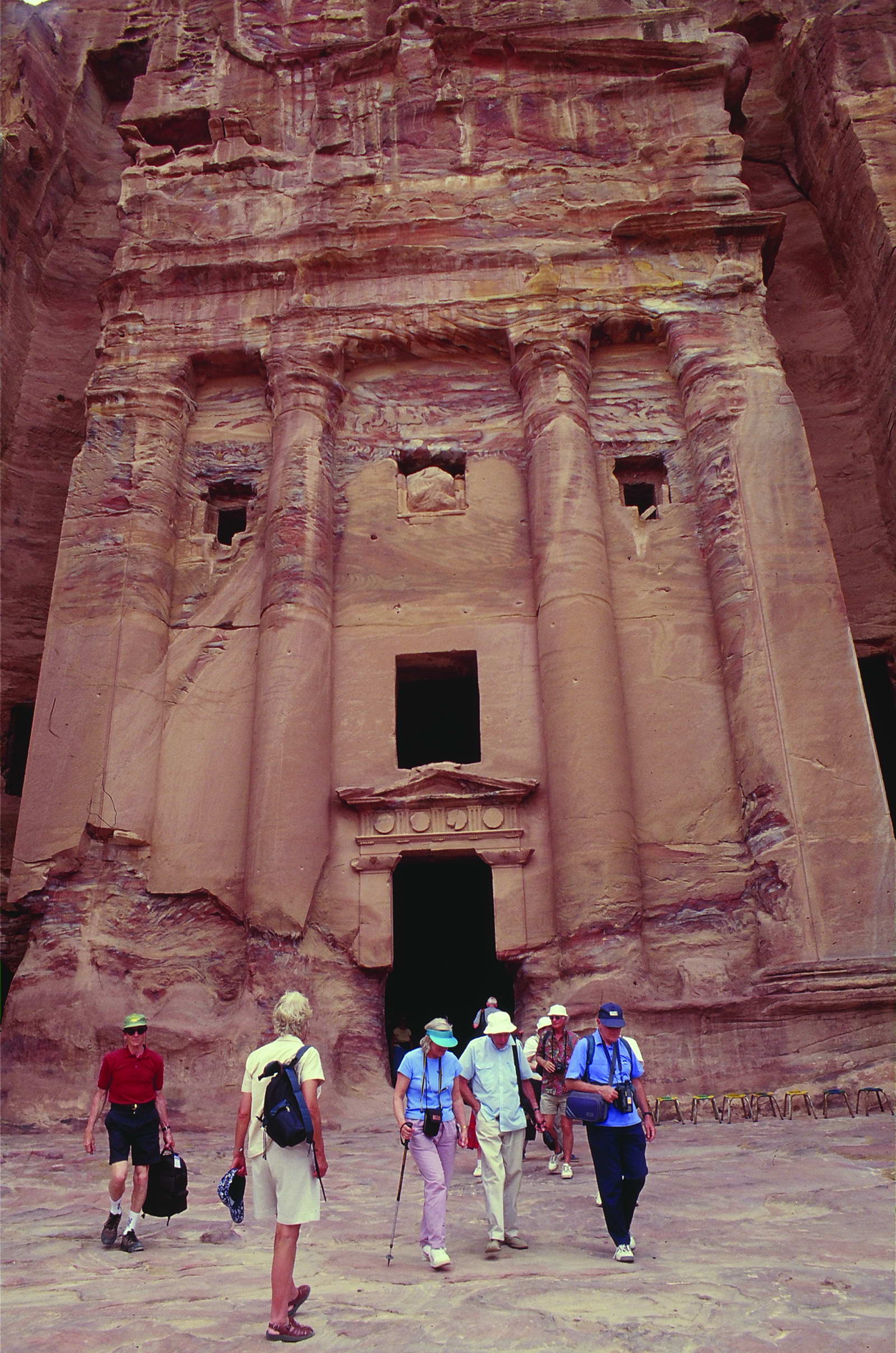 Omoush underscored the efforts exerted by the Tourism Ministry, the Jordan Tourism Board and other bodies in promoting Jordan at the local, regional and international levels.He put the stability of Jordan in the turbulent region and the collective efforts of the public and private sectors as the major reasons behind the sector's recovery.The official said that Petra, 240km south of Amman, is a must-see site as it is one of the new Seven Wonders of the World and among the top listed destinations in the globe.The second season of 2018, which starts in September, and next year are "very promising" according to the numbers of trips already booked to Jordan, said Feras Dakkak, a tour operator.In 2011, many global tour operators stopped selling trips to Jordan due to the regional turmoil brought on by the Arab Spring, Dakkak said, adding, "Now they are putting Jordan back on their websites."Over the past seven years, the regional conflicts grabbed the major headlines of international press, which discouraged tourists to visit Jordan, the operator said, adding that the economic situation of tourists from Jordan's target countries has recovered.

For Hassan Ababneh, president of Jordan Tour Guides Association, one of the main reasons behind the recovery of tourism is the effect of "the word of mouth" of tourists who visited Jordan during the lull. "Those intrepid tourists challenged their families and friends who advised them not visit Jordan due to safety concerns, but they returned back home as eyewitnesses of Jordan's security,” said Ababneh. Jordan is one the world's top archaeological destinations and has a huge number of historical sites with a unique diversity of cultures, according to Ababneh. According to the Tourism Ministry's statistics, Petra received 620, 367 visitors in 2017 compared with 464,154 in 2016.