AMMAN — A “fascination” with the practice of archaeology was one of the driving motives for Marta D’Andrea, an Italian archaeologist from Sapienza University of Rome, to come to Jordan and take part in numerous archaeological projects.

“I came to Jordan for the first time in May 2005, when I was involved in the archaeological excavations at Khirbat Al Batrawy, in the Zarqa District directed by Lorenzo Nigro of Sapienza University of Rome,” she said.

Excavations at Khirbat Iskandar, near Madaba, revealed that the site was occupied during the 3rd millennium BC, which is the Early Bronze Age, D’Andrea said, adding that it was “a crucial time span in the history of Jordan”. 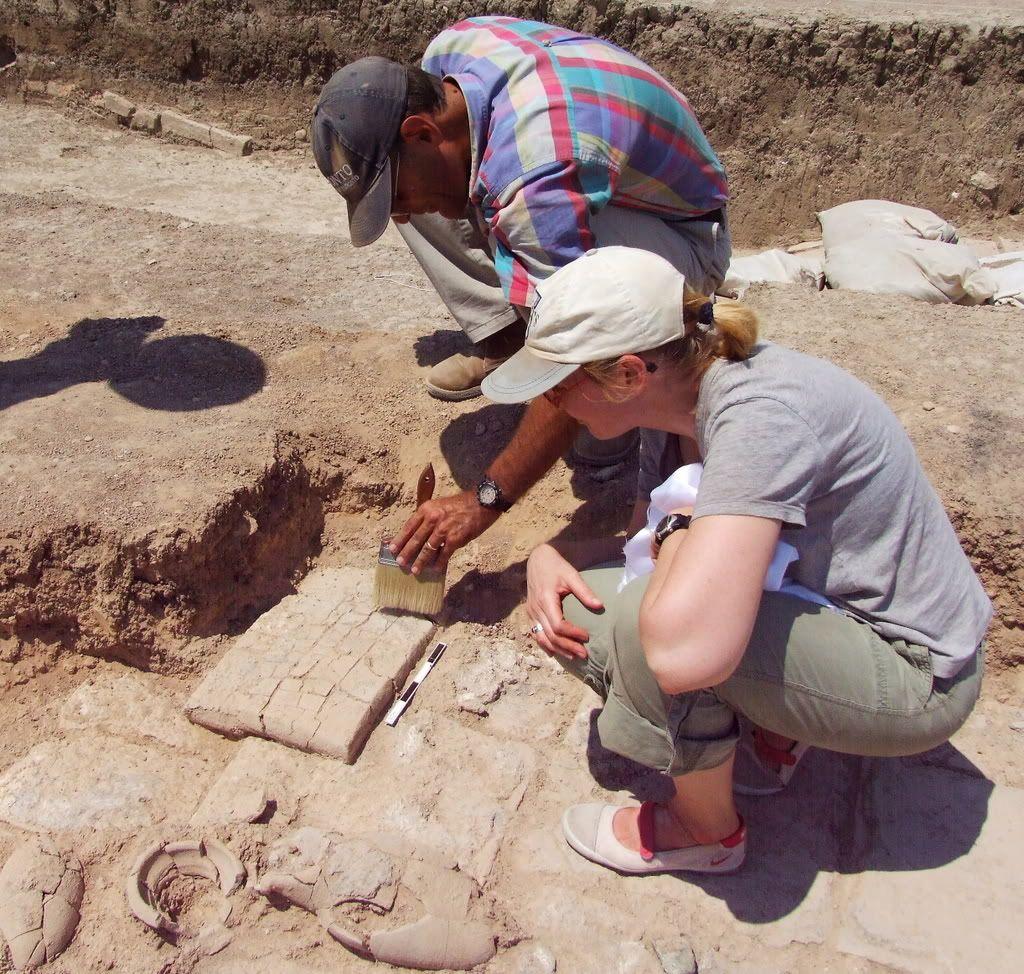 During the first half of the 3rd millennium BC, the first urban communities spread in the region and, around 2,500 BC, urbanism entered an irreversible crisis that culminated in the reorganisation of the region based on non-urban socioeconomic and socio-political structures for the following five to six centuries, D’Andrea noted.

During the first half of the millennium, the site witnessed the first phase of urban development, as is also suggested by the complex outer fortifications, with several phases of reconstruction, the archaeologist said.

“This flourishing settlement was abruptly brought to an end by a fierce conflagration and subsequently, a rural village was established immediately above and within the original fortifications and, recovering from crisis, prospered during the second half of the 3rd millennium BC,” the expert pointed out.

“We believe that Khirbat Iskandar has the potential to help us clarify regional responses to incipient urbanism and its collapse,” D’Andrea continued.

She explained Khirbat Iskandar’s favourable location next to water sources — Wadi Al Wala — and along one of the main long-distance routes connecting Jordan to Egypt and Syria, may explain the initial urban development of the site and of the site’s resilience after the crisis.

Moreover, the archaeologist became a member of the team of scholars involved in the creation of the regional archaeological museum in Madaba, and, in 2016, she was appointed a co-director of the Madaba Regional Archaeological Museum Project (MRAMP).

MRAMP is based in downtown Madaba, 30km southwest of Amman, and is focused on archaeologically preparing the area known as the Madaba Archaeological Park West in order to eventually build a new archaeological museum for Madaba and its region at the site, which will showcase the archaeological heritage of Jordan from early prehistory until the Ottoman period, the expert explained.

The project aims to raise awareness about the variety and richness of Jordan’s cultural legacy among the local community and serve as a springboard for tourists to visit important archaeological sites that are thus far unknown to the general public, D’Andrea continued, adding that it is also a training opportunity for undergraduate and graduate students, both Jordanian and foreign, to engage with the local community.

“A spirit of international cooperation animates the MRAMP project. In our international team, Jordanians, Americans and Italians constantly learn from each other and, I think, this is the most important message we can deliver: archaeology is not only a way we can understand our past, but also the means of positively building our future,” concluded D’Andrea.